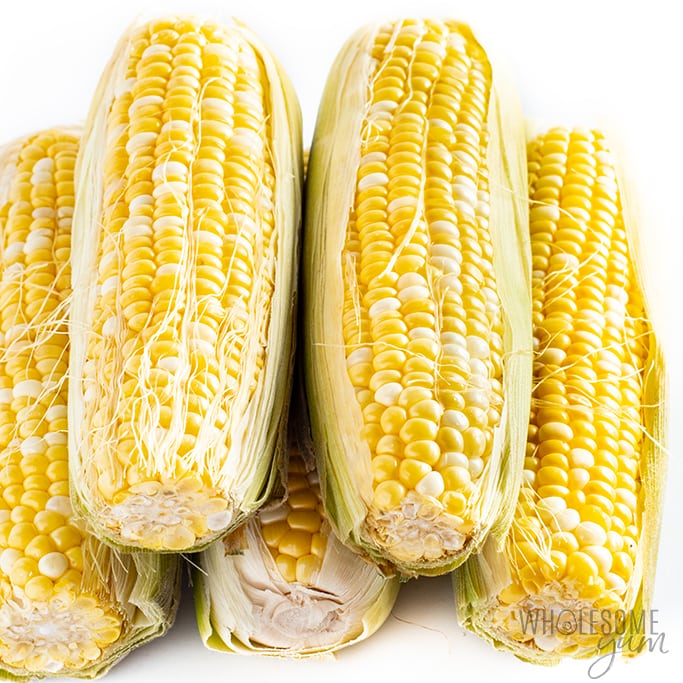 Corn is a hard-to-replace grain in a variety of cuisines. It’s vegetarian, vegan, low calorie, and has an unmistakable flavor… but is corn keto friendly?

Here are all the answers to your questions about corn on keto! We’ll go over carbs in corn, corn-y keto recipes, and carbs in a variety of corn-based foods.

Need a quick reference for carbs in other foods? This keto food list will help!

Can you eat corn on keto? Some people might consider corn low carb, but it is certainly not keto friendly.

A few kernels may not sabotage your macros, but a full serving of corn on keto has a high enough carb count to throw you out of ketosis.

If you’re looking for a truly clean keto diet, there are other compelling reasons to avoid corn: 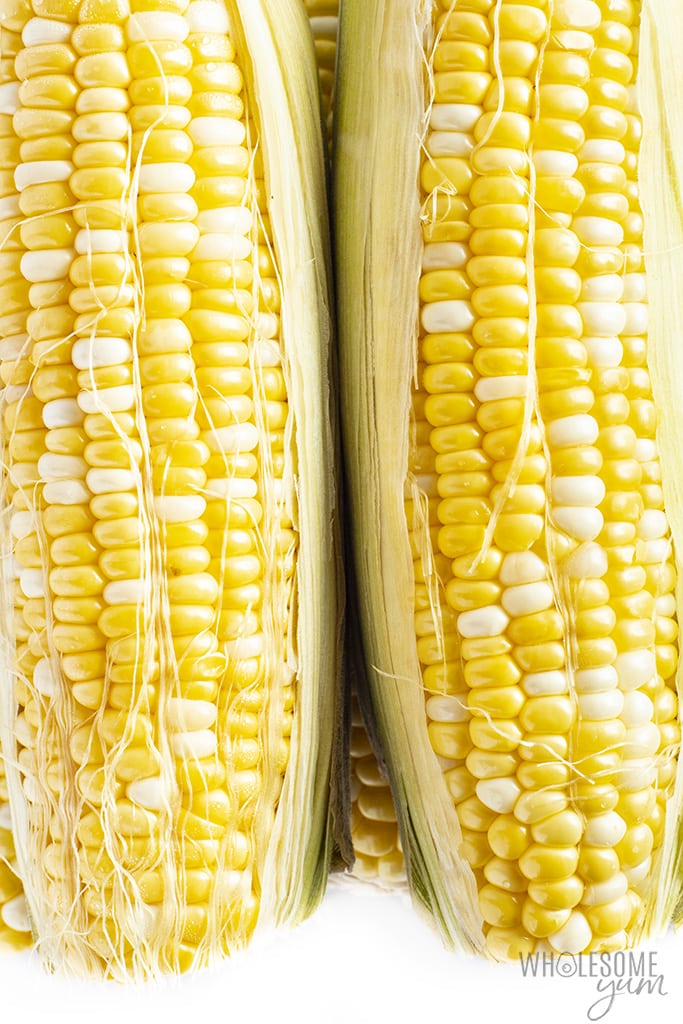 How Many Carbs In Corn?

Does corn have carbs? Yes — and understanding the carbs in corn will shed light on why it’s not keto friendly.

Corn also has fiber, but not a lot. Each serving has 32.2 grams net carbs — that’s more than strict keto followers can have in a day.

How many carbs in corn on the cob?

How many carbs in an ear of corn, anyway? Sadly, too many to be keto friendly.

How many carbs in a corn tortilla?

When it comes to corn tortilla carbs, one medium round tallies up to 12.5 grams of total carbs and 10.7 net carbs [*]. So, any keto corn tortillas you find will likely use a corn substitute.

I have some replacement ideas for corn tortillas and corn chips below, but you may also want to check out my keto taco guide for more.

How many carbs in popcorn?

Popcorn is much more light and airy than other ways to eat corn, but is still not typically considered keto friendly.

You can learn about the carbs in popcorn here – and why to avoid it on keto. (If you miss popcorn, try my keto popcorn recipe!) 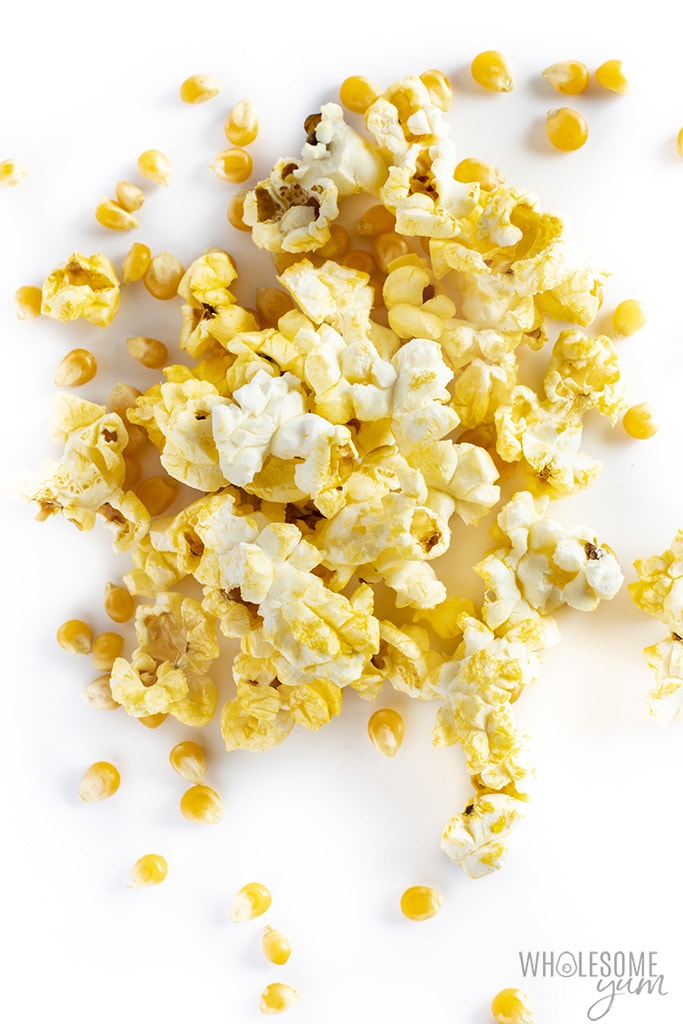 Since you can find corn in so many foods, keto corn substitutes will vary depending on what you want to make: 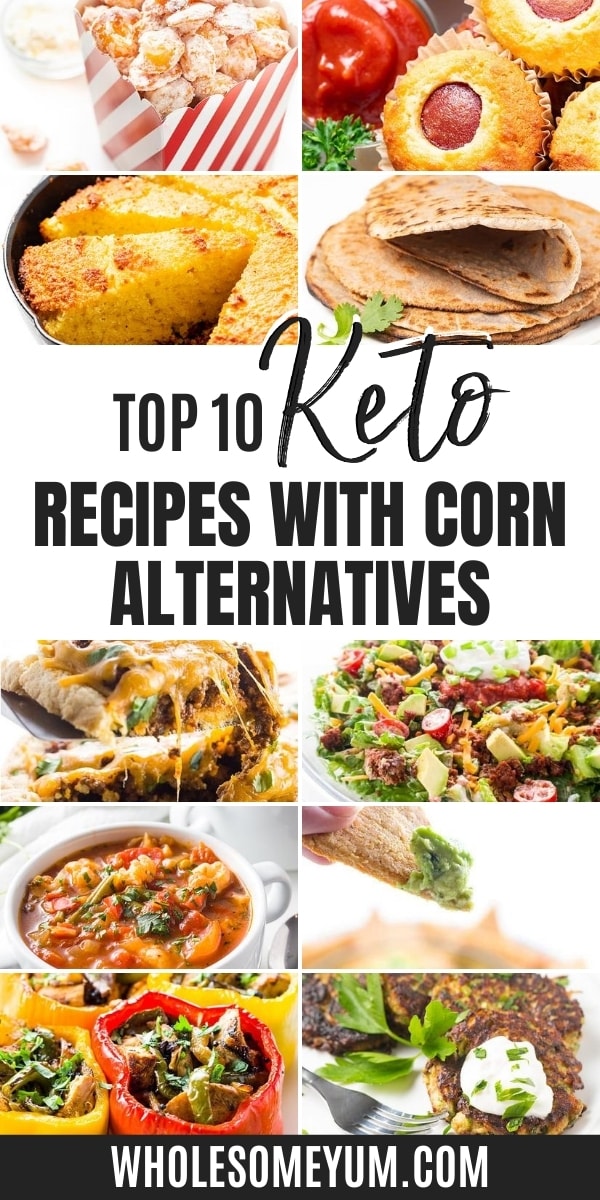 10 Keto Recipes With Corn AlternativesPin It For Later!

Capture the flavor of corn in these easy keto dishes. 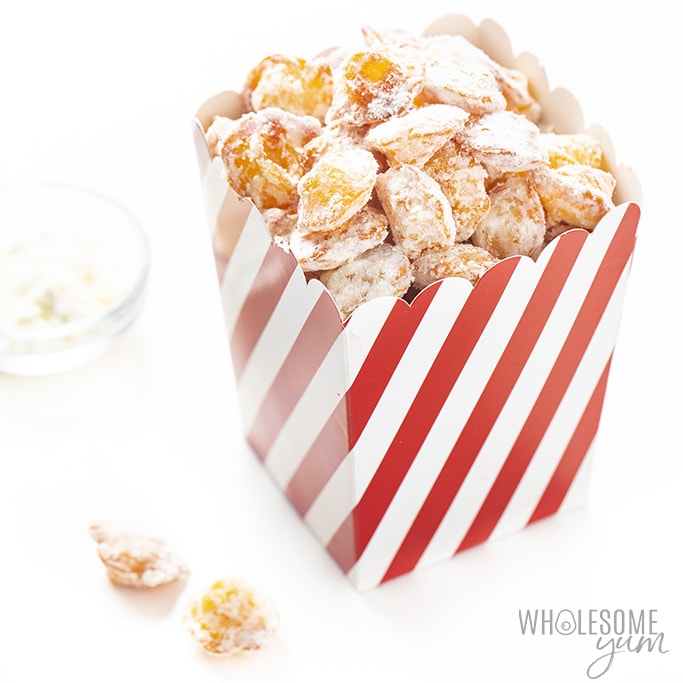 Just as buttery and munchable as the real thing… and it only takes a few simple ingredients.

Get The Keto Popcorn Recipe 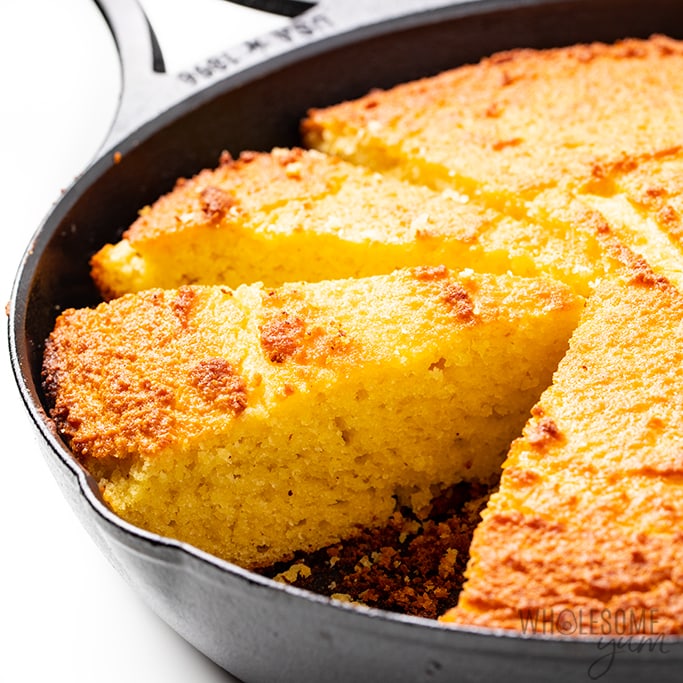 So tender and buttery! You won’t believe this cornbread uses almond flour for perfect texture (and a special ingredient to capture all the flavor of traditional cornbread).

Get The Keto Cornbread Recipe 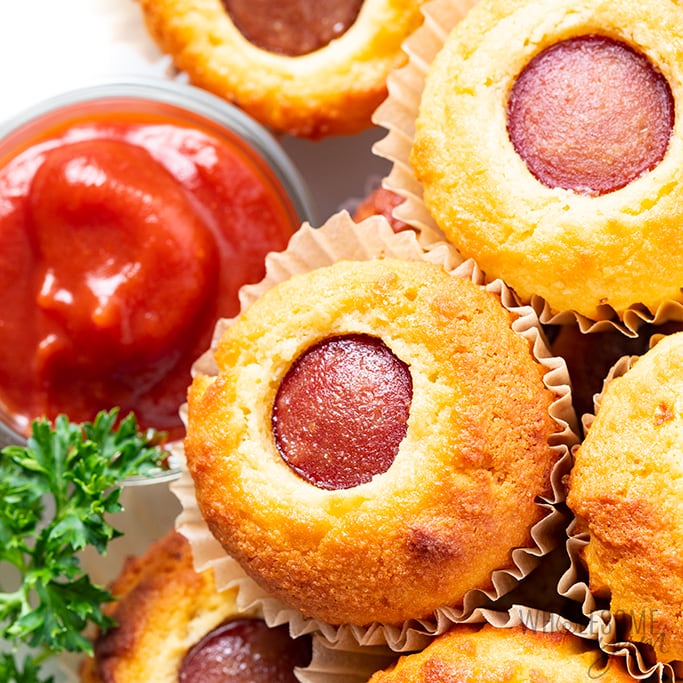 Get The Keto Corn Dog Recipe 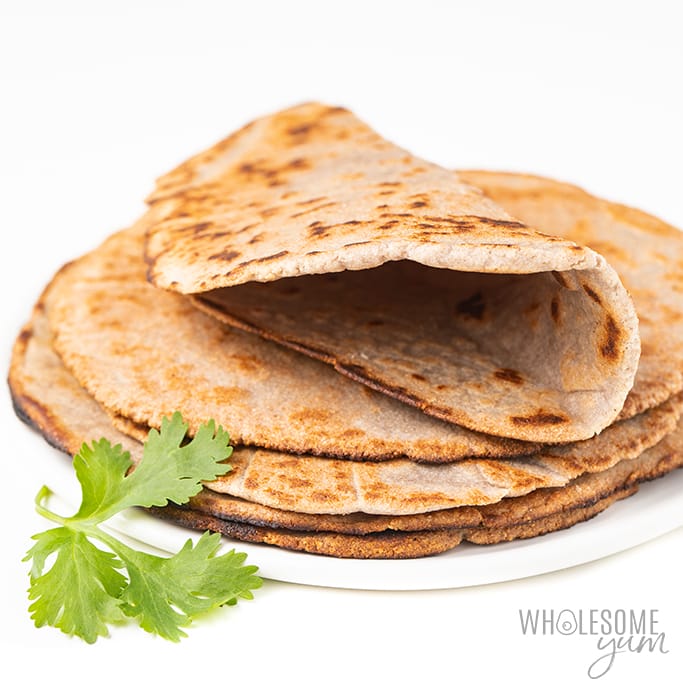 No corn flour, no problem. Use almond flour for perfect, golden tortillas.

Get The Almond Flour Tortillas Recipe 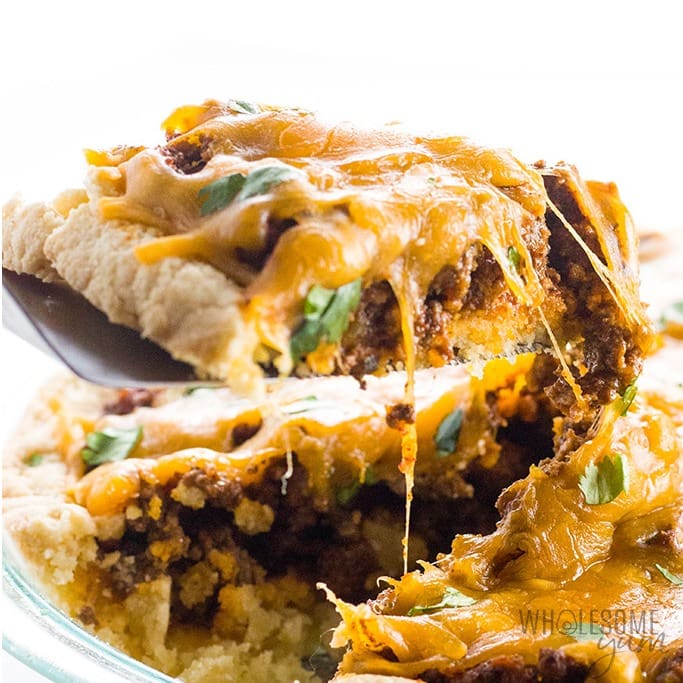 Regular tamales use a corn-based masa — this spin on the original recipe makes an almond flour base, all topped with a meaty, cheesy filling.

Get The Keto Tamale Pie Recipe 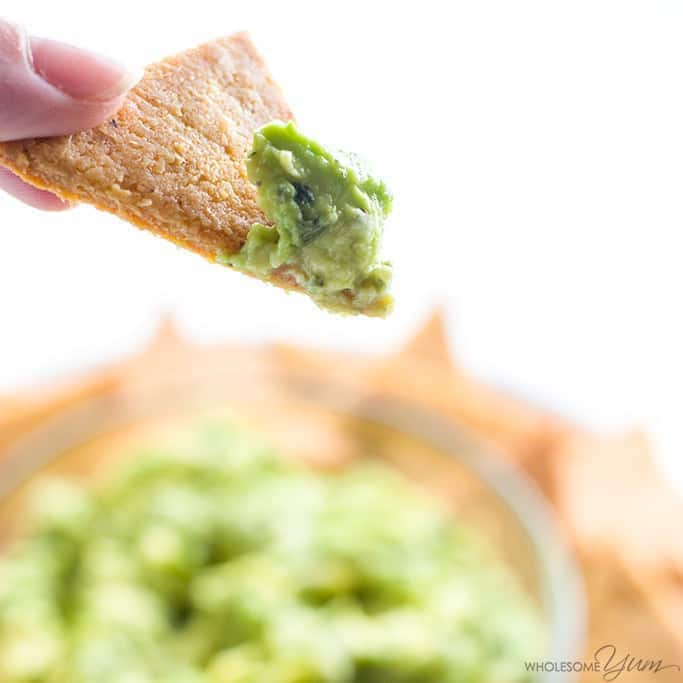 Get The Keto Tortilla Chips Recipe 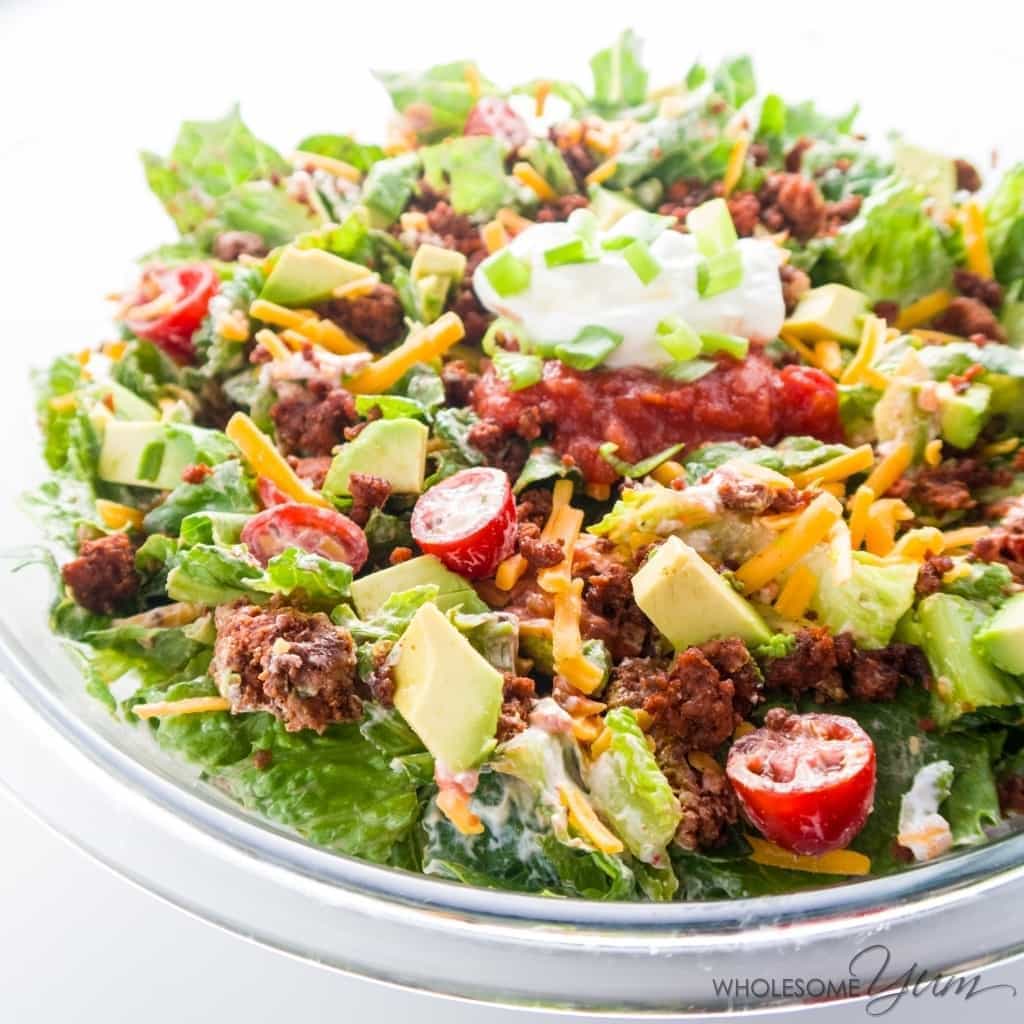 Get all your favorite taco flavors, corn free! You won’t miss the taco shell or fresh kernels here.

Get The Taco Salad Recipe 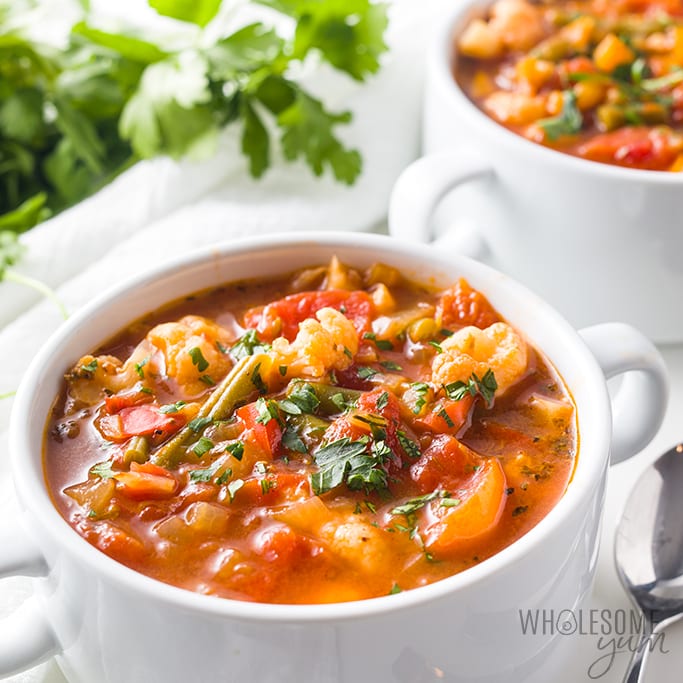 This comforting soup proves that you don’t need corn to make a hearty meal.

Get The Vegetable Soup Recipe 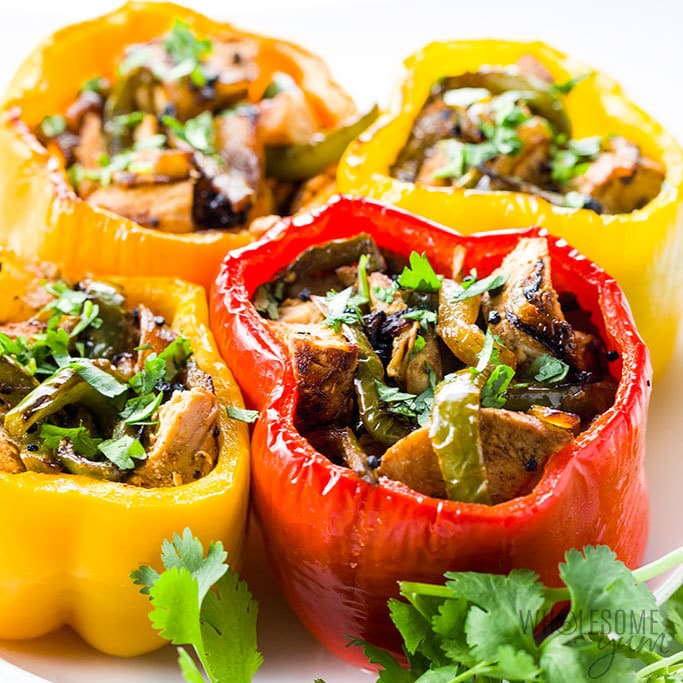 Some stuffed peppers have high-carb fillings like rice and corn. Not this one — and you won’t miss them!

Get The Stuffed Peppers Recipe 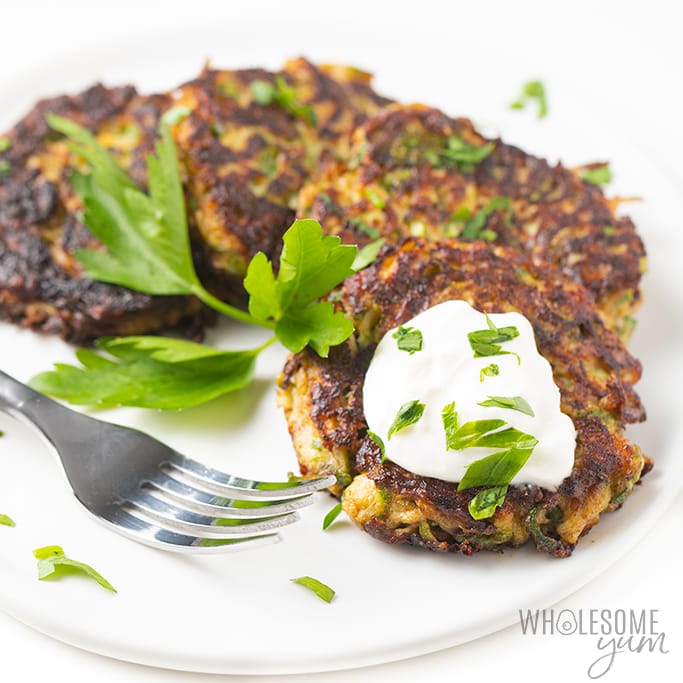 Just as dippable and versatile as corn fritters — without the crazy carb count.

Get The Zucchini Fritters Recipe

So, is corn keto friendly? Not really — but with keto corn substitutes, you can still enjoy the flavor without the high carbs. 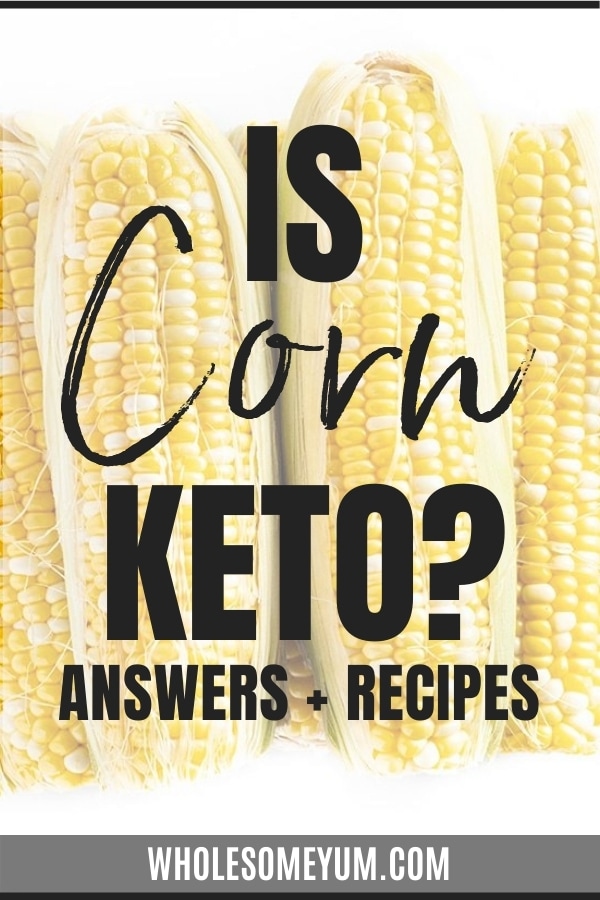