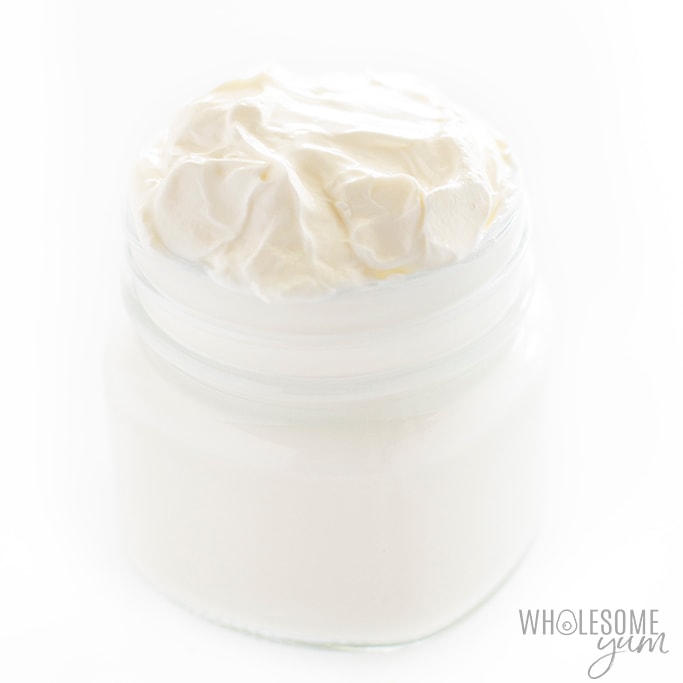 Even though the carbs in milk are too high, you can enjoy many types of dairy on a low carb diet. But is sour cream keto? This guide takes a closer look at this common ingredient, including carbs in sour cream, keto sour cream recipes, and more.

Looking for the keto stance on other foods? See this huge keto food list, or reference one of my easy-to-read keto cheat sheets.

Can you have sour cream on keto? Yes! Although it contains a small amount of natural sugars, the carb count per serving is low enough to enjoy regularly.

How many carbs in sour cream?

If you’re wondering, “Does sour cream have carbs?” it does. As long as you pay attention to serving sizes, though, you won’t have a problem.

According to the USDA, one tablespoon of full-fat sour cream contains 0.6 grams of net carbs [*]. This is the most “keto” sour cream you can find, especially if you limit net carbs to 20-30 grams per day.

TIP: Many U.S. nutrition labels round up or down to the nearest whole gram. This is why you may see some labels say 1g per 2 tablespoons, for example. If you want to be precise, you’d need to manually calculate, or just use my Wholesome Yum app that calculates macros for you.

How many carbs in reduced fat sour cream?

How many carbs in fat free sour cream?

You could still enjoy this variety of sour cream on keto, but the net carbs will add up quickly.

A single tablespoon of fat free sour cream has 1.9 grams of net carbs — more than triple the amount of full fat sour cream [*]! 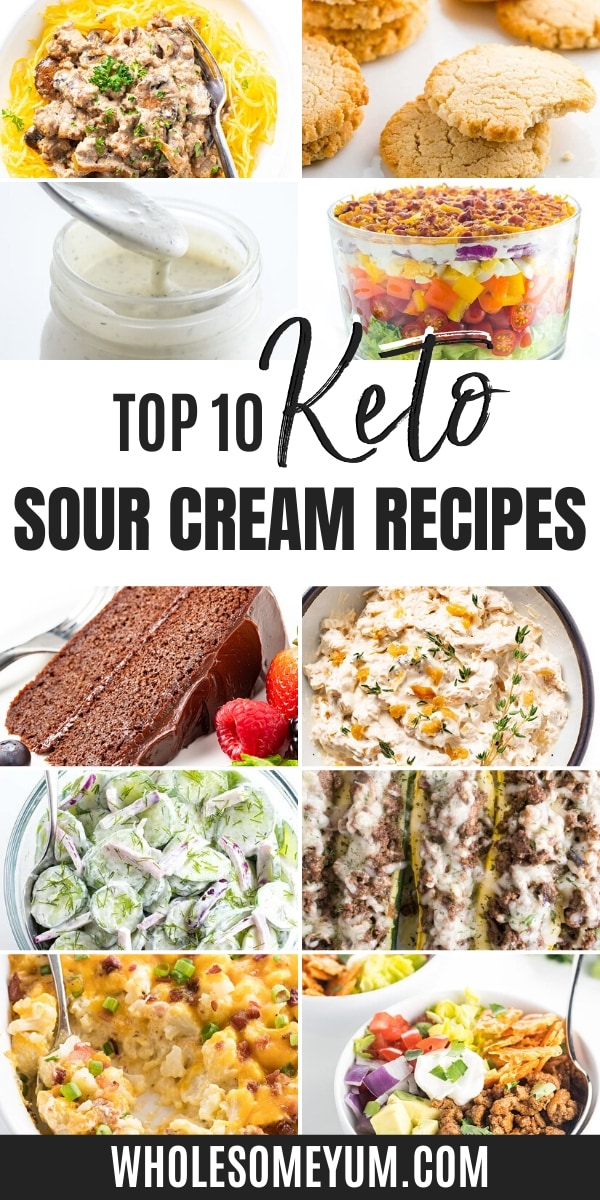 Sour cream adds so much flavor to recipes and keeps dishes moist. It’s fantastic for sauces, dressings, casseroles, and even keto desserts. Since you can have sour cream on keto, try it in these delicious low carb recipes!

So, is sour cream keto? Most definitely – just be sure to use full-fat varieties and pay attention to serving sizes.

You might also want to check whether other foods you’d eat with sour cream are acceptable – for example, the carbs in potatoes make them too high to enjoy with sour cream.