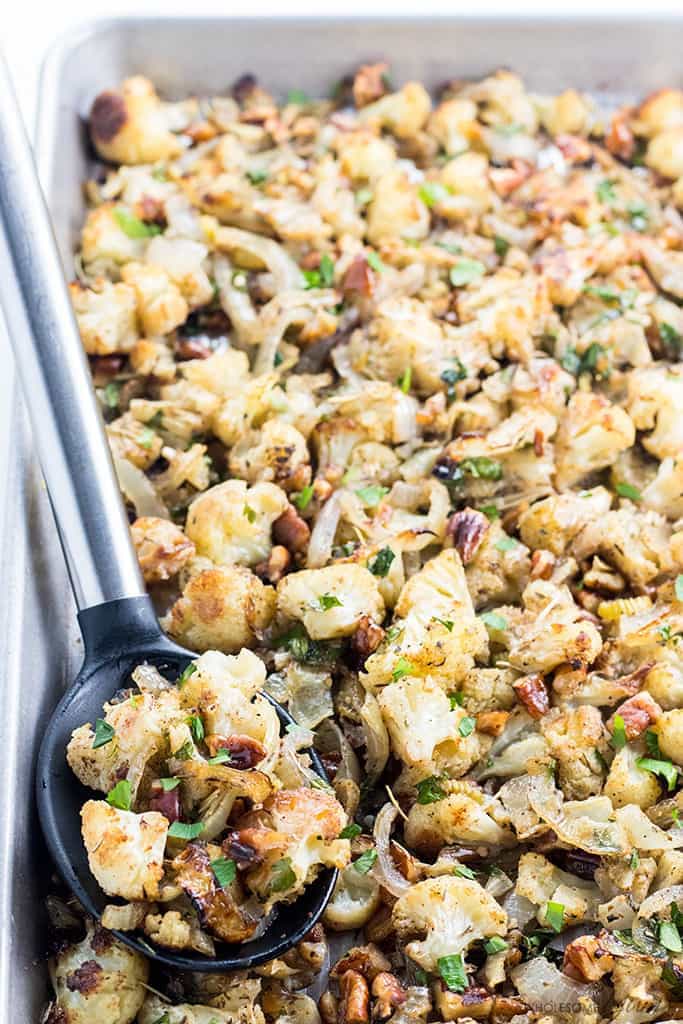 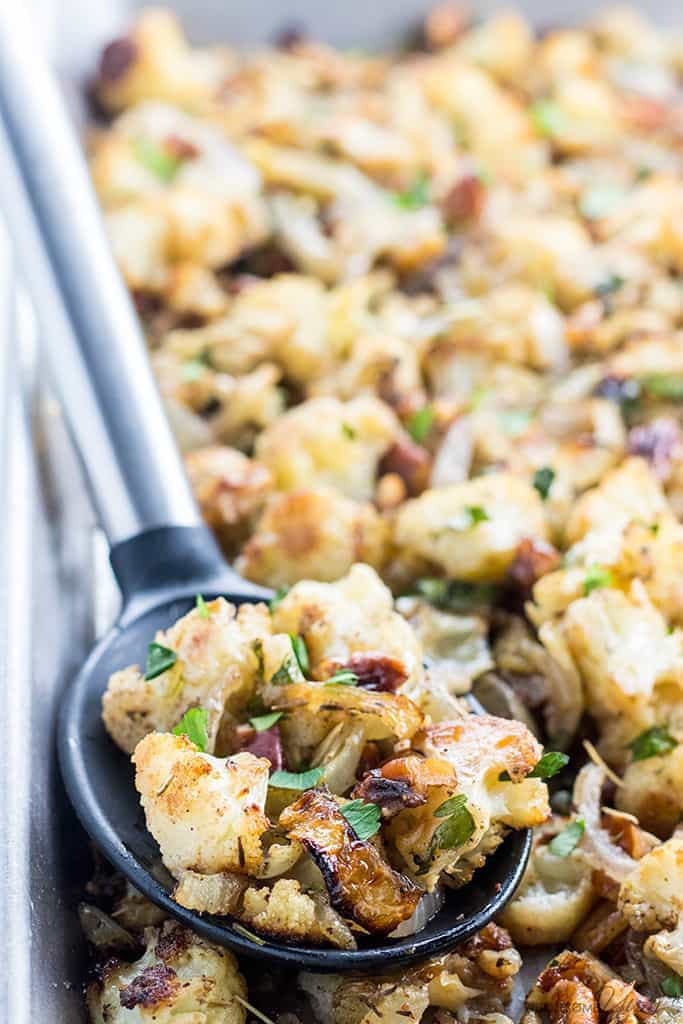 Low Carb Paleo Cauliflower Stuffing Recipe for Thanksgiving:
Pin to save for later!