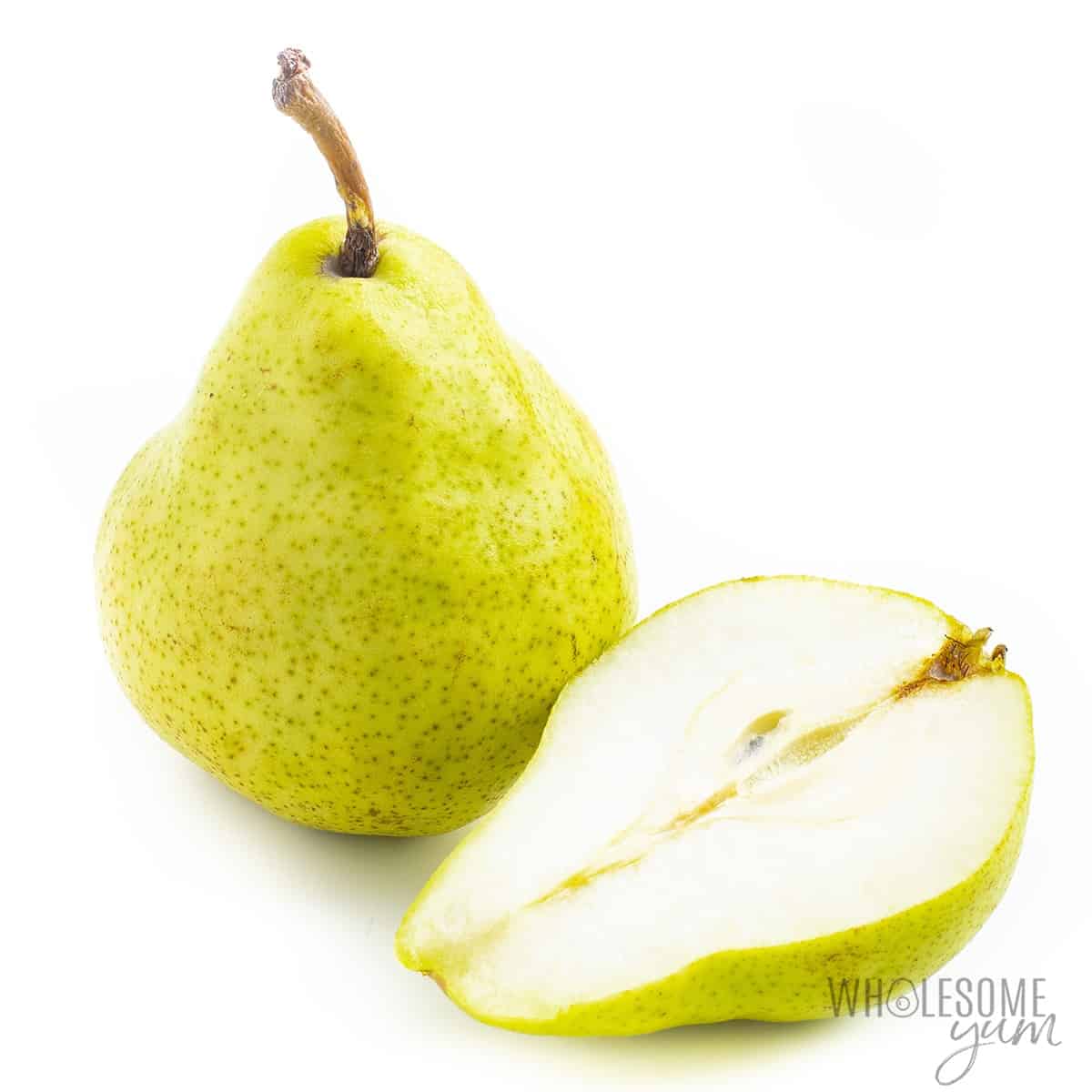 It’s tough to keep track of fruits on keto — some are much higher in sugar and carbs than others, so it’s important to know about the differences. When it comes to carbs in pears, though, are pears keto? Let’s dive deeper into pears on keto and whether they work with this lifestyle.

Sorry, pears aren’t keto. Their carb count is too high to incorporate easily into a ketogenic lifestyle.

If they’re not strictly keto, are pears low carb? Possibly, but it depends on how many carbs you allow in your macros.

Asian pear carbs (aka apple pear carbs) are lower than many other pears, but still too high to enjoy in an average serving size on keto.

How Many Carbs In Pears?

How many carbs are in an Asian pear?

How many carbs in a red pear?

How many carbs in anjou pears?

How many carbs in a bartlett pear?

Carbs in bartlett pear are still too high for keto… One medium fruit has 26.6 grams total carbs and 21.1 grams net carbs [*].

How many carbs are in a bosc pear?

Can you have bosc pears on keto diet? Sorry, but no! Bosc pear carbs add up to 28.8 grams total carbs and 23.3 grams net carbs for one medium fruit [*].

The chart below summarizes carb counts for pears of all kinds.

Pears are a no-go on keto, but it’s still possible to get some of their flavor and stick to your macros. Try these pear swaps instead!

Conclusion: Can You Eat Pears On Keto?

Carbs in pears are simply too high to be keto friendly. However, there are some surprising keto friendly substitutes for this fruit — try them instead to stay within your macros.

Carbs In Pears: Are Pears Keto?