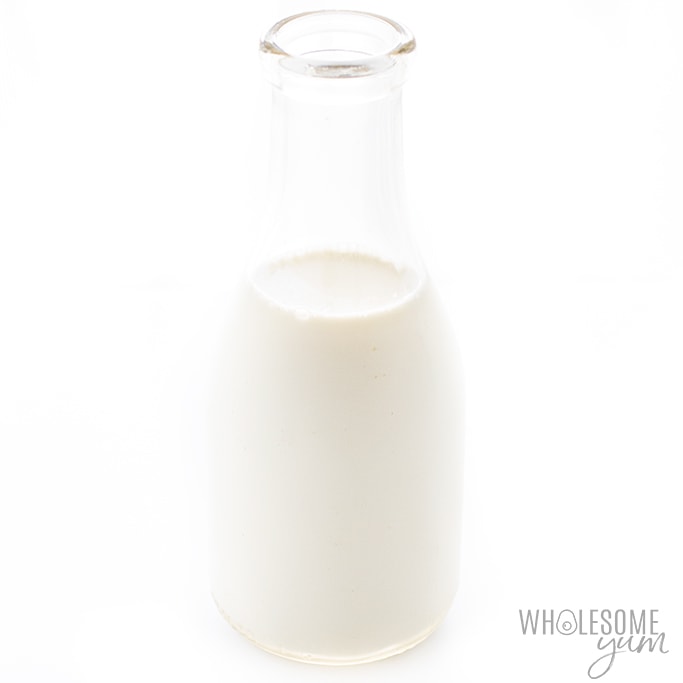 Milk is considered a key component in many diets, but is milk keto friendly? Let’s talk about whether milk fits into a keto diet, the amount of carbs in milk, keto diet milk alternatives, and how to include the flavor and texture of milk into keto recipes.

You can also learn more about how to start a keto diet here, and calculate how many carbs to eat in a day with the keto macro calculator.

Can you drink milk on keto? No… at least, not typical cow’s milk.

Milk is not keto friendly because it contains high amounts of sugar in the form of lactose. Milk may fit in to a lower-carb diet, but it contains too many carbs for a traditional keto lifestyle.

How Many Carbs In Milk?

Since many keto dieters consume less than 20 net carbs per day, milk is not an ideal food choice because a single serving would use up over half one’s daily allotment of carbs. 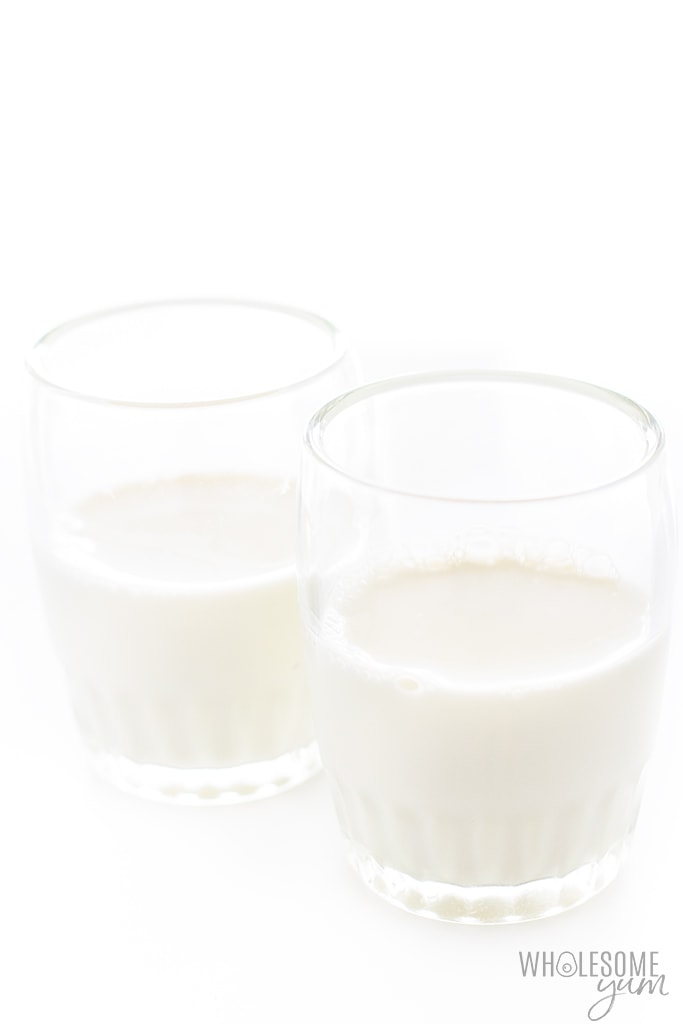 No, whole milk is not keto friendly.

Since the keto diet encourages consuming more dietary fat, you may think that whole milk is more keto friendly. However, one cup of whole milk contains 12g net carbs — the same as 2% milk [*].

For anyone counting carbs closely, cow’s milk is not a very good option.

The Best Milk For Keto

So, which milk is best for keto if cow’s milk is off the table? There are a few options…

Heavy cream is the best milk for keto if you tolerate dairy, and it clocks in at approximately 0.426 net carbs per 1-tablespoon serving [*], but varies slightly by brand.

Pay special attention to serving size for this keto milk. Many labels will round the carb count up to 1g or down to 0g for a tablespoon, and that adds up to a big discrepancy when using a lot.

Can you have milk on a keto diet made from oats? Considering the high carb count in raw oats, oat milk is not keto friendly.

A cup of oat milk has 8g net carbs in a 1-cup serving, so while it’s slightly lower than dairy milk, it is not a very good choice for low carb eating. 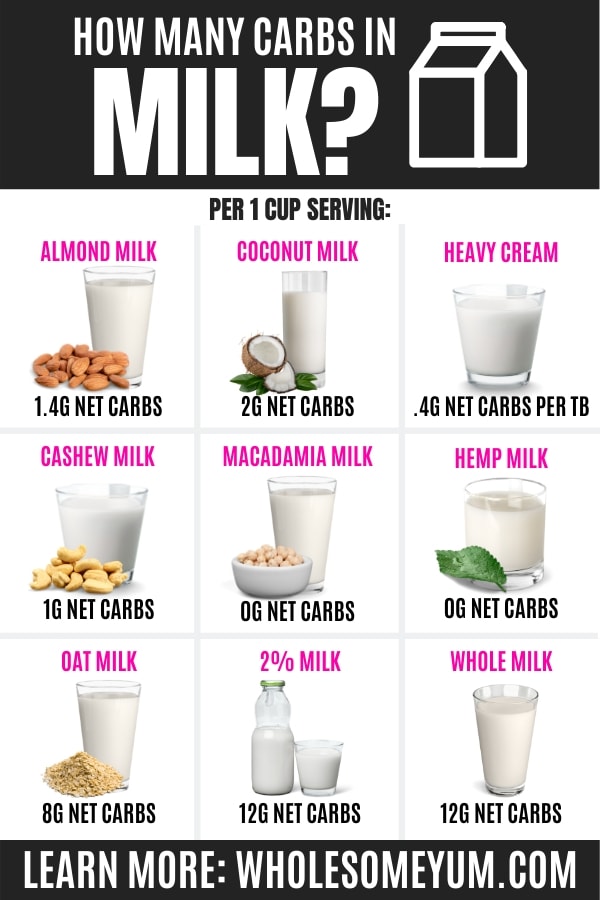 Carbs In Different Kinds Of Milk

If dairy milk itself is not keto… what milk is keto? You can still enjoy flavor and creaminess similar to milk with the right substitutes.

Give these keto milk alternatives a try:

So, while traditional milk doesn’t easily fit into a ketogenic lifestyle, you can choose from plenty of low carb milk alternatives. Any of these options are great candidates to be the best milk for keto, so you can choose the one you like best. 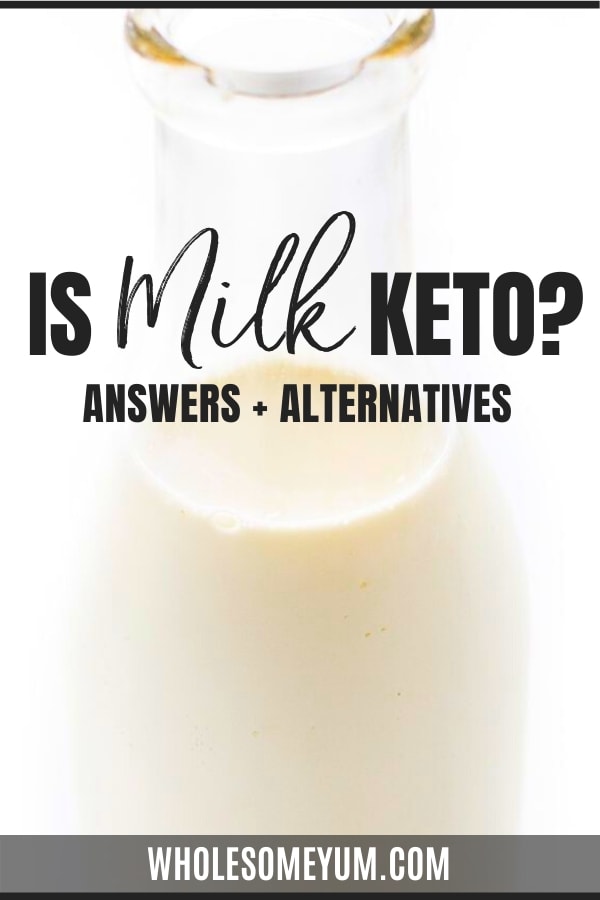