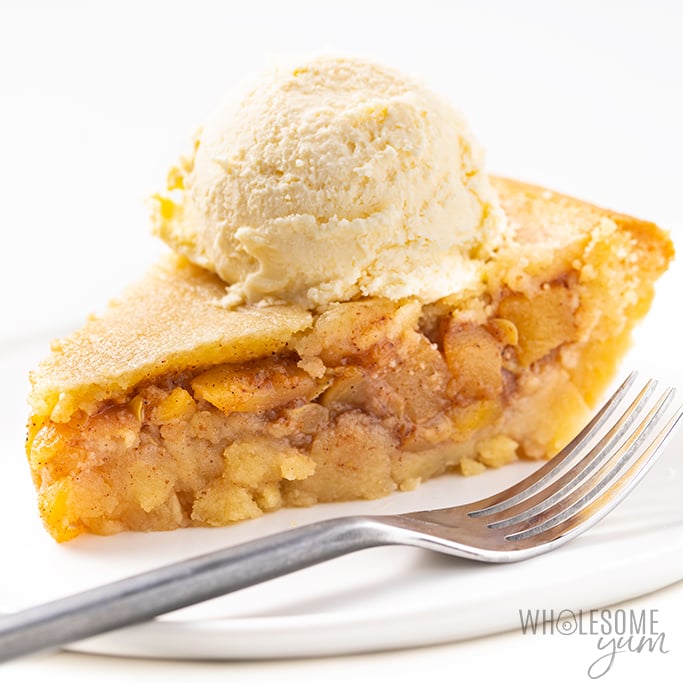 I’m here to fulfill your dreams of keto apple pie! Yes, you might have thought that a low carb apple pie was impossible. But it’s not! Your day just got a little sweeter. 😉 And there is a secret to this keto apple pie filling – it’s made from yellow squash! Yes, you can have your veggies AND your sugar-free apple pie all in one delicious bite.

If putting summer squash in pie filling sounds a little strange, don’t be deterred. I served this for 10 non-keto friends and asked them what they thought the filling was made of. All of them said apples! They didn’t guess that it was squash until I told them.

And if you ask me? After creating an amazing keto lemon meringue pie, I know this is the best sugar free apple pie recipe too. Only 3 grams of sugar per slice and it tastes like a real apple pie? What more could you ask for?!

How To Make Keto Apple Pie

This is the keto apple pie recipe you’ve been waiting for! Let’s get on with the details so your house can soon smell like freshly baked homemade (sugar free) apple pie!

TIP #1: Choose smaller squash for fewer seeds. This isn’t required, but better for texture in the final result.

TIP #2: You can also use zucchini, but I found the flavor from using yellow squash to be just slightly more neutral. If it matters to you, nutrition info per serving comes out to be very similar. 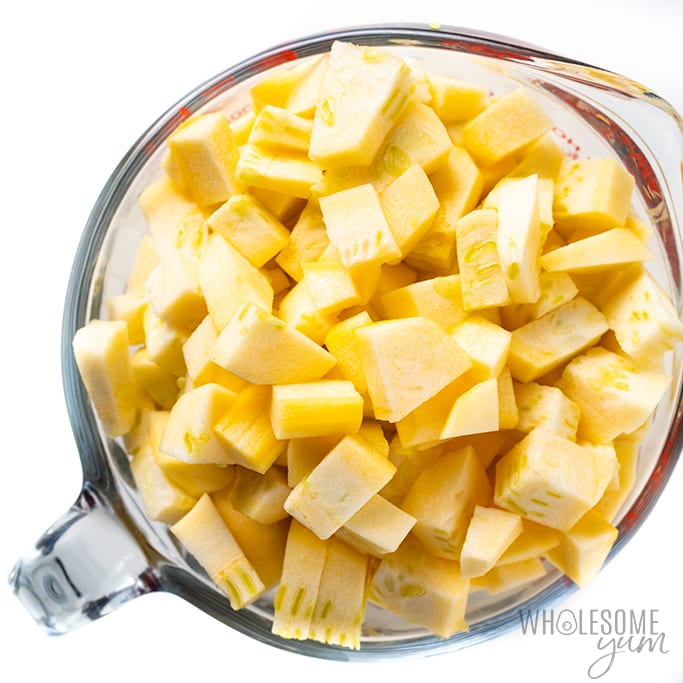 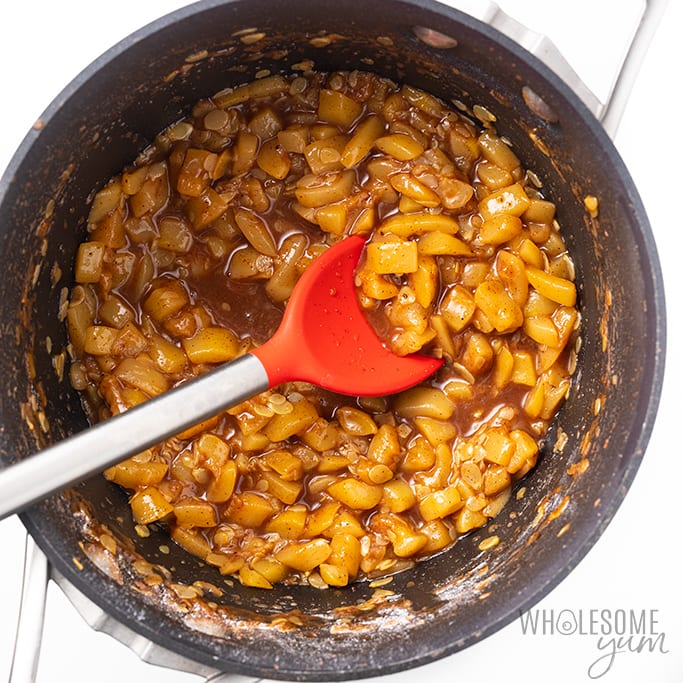 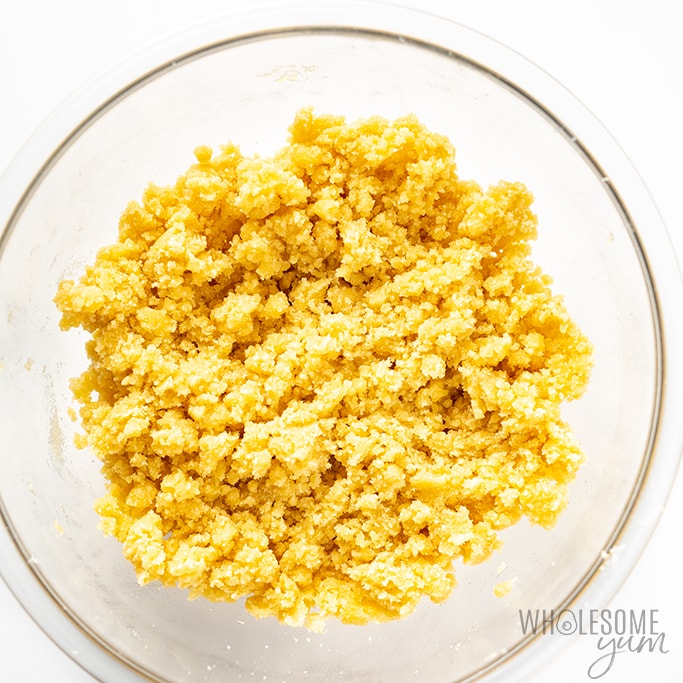 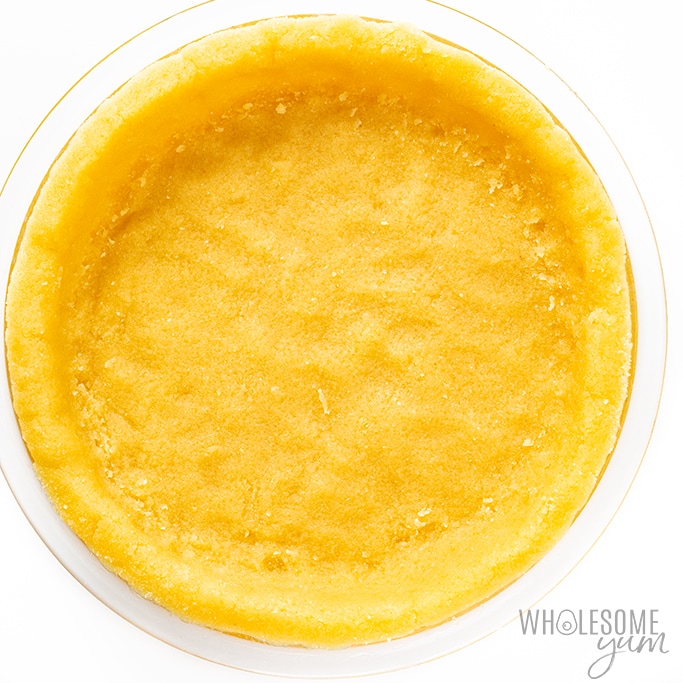 TIP: Pre-bake the crust just enough to cook through, but don’t let the edges get too dark. Otherwise, they will burn when you bake the whole pie afterward. Don’t skip pre-baking, otherwise the bottom will get soggy more easily later. 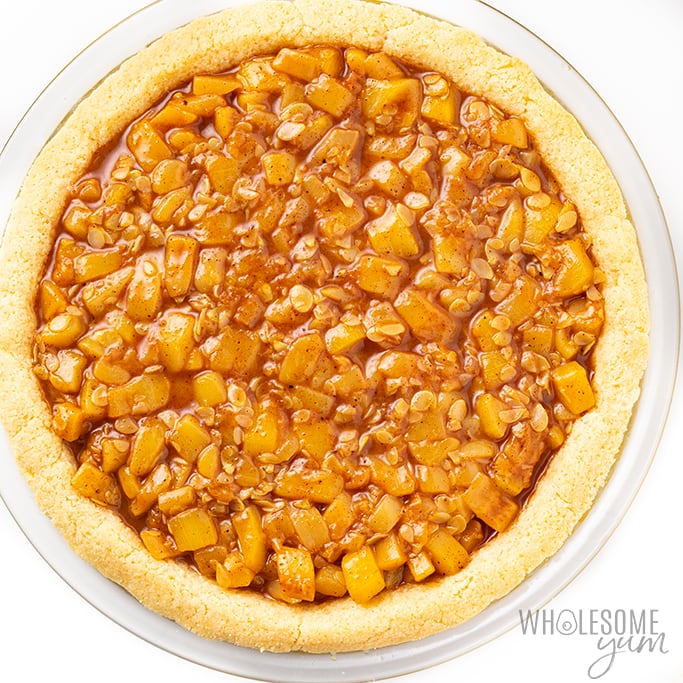 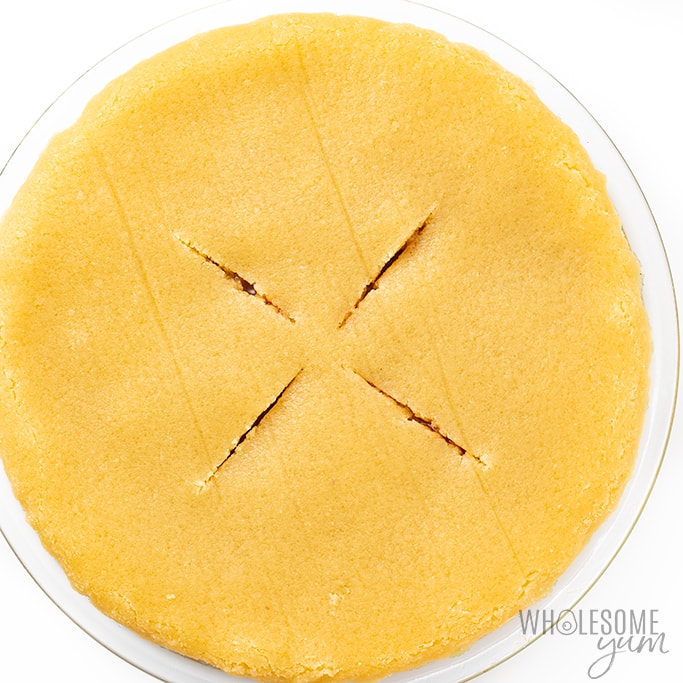 TIP #1: The top crust may feel relatively soft when it’s done, which is okay. It will firm up more as it cools.

TIP #2: If the crust edges darken too much before the center is done, you can cover the edges with foil or use a pie crust shield. 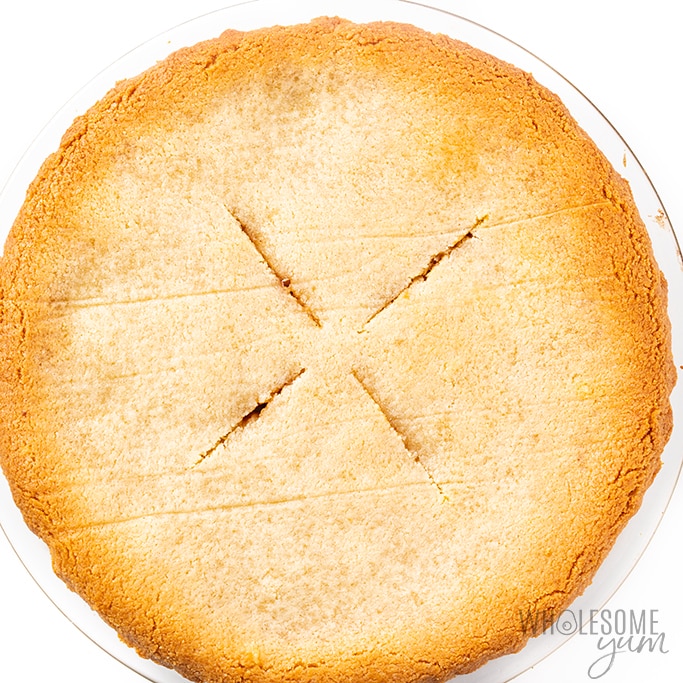 How Many Carbs In Sugar-Free Apple Pie?

Are you ready for this? This sugar-free apple pie has just 8 grams of net carbs per slice!

Yes, that’s a little higher than some other low carb desserts, but to be able to enjoy apple pie on a keto diet, I think it’s well worth making room in your carb allowance. 😉

TIP: The nutrition info is if you cut the pie into 12 pieces, which are quite filling thanks to the almond flour crust. If you prefer to cut carbs more, you can cut it into 16 pieces instead.

The full nutrition stats can be found in the recipe card below.

How To Store Sugar-Free Apple Pie

This low carb apple pie can be sealed with plastic wrap and stored in a cool area for about a day.

If you don’t plan on eating it within a day, transfer it to the refrigerator. 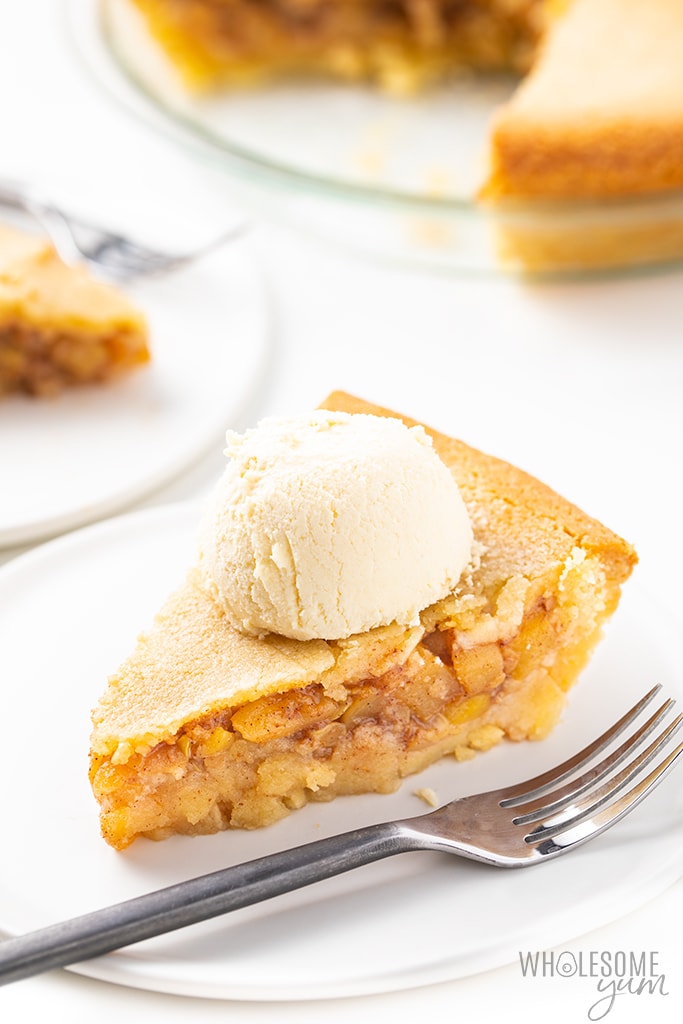 If you won’t eat the keto friendly apple pie within a few days, you can also freeze it!

I prefer to cut the keto mock apple pie into slices and then wrap each slice tightly in plastic wrap. Store the slices in a freezer bag for extra protection.

When you’re ready to eat, simply take out and thaw at room temperature for a few hours, or in the fridge overnight.

I have a feeling you’re going to LOVE this keto apple pie filling, so I though I would share some other ways you can use it for fall desserts and treats. It’s sweet and tart and will make you think of fall. 🙂 Try it combined with these recipes:

You can also make a quicker keto mock apple crumble instead if you don’t want to deal with a crust. 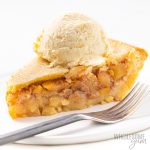