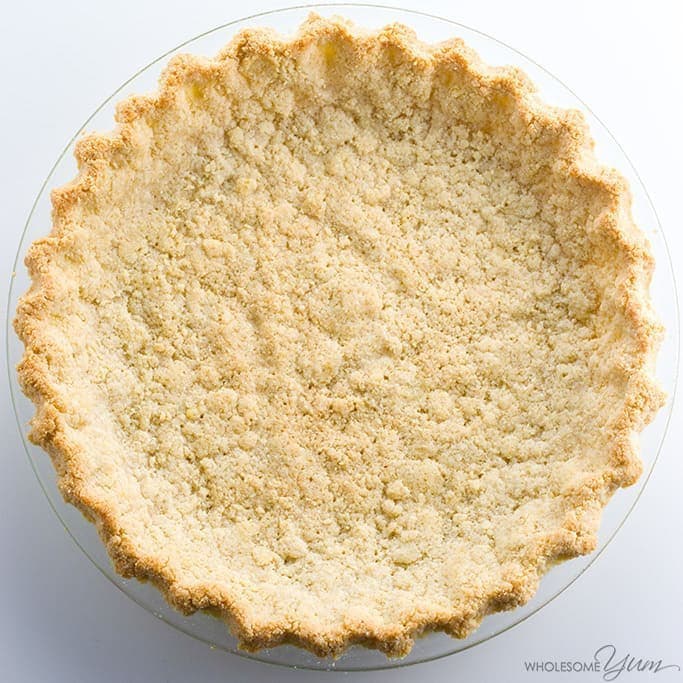 This almond flour pie crust recipe has been my favorite for a couple of years now. It’s buttery and flaky, and works well in many kinds of low carb recipes – sweet and savory. So, I was a little surprised myself when I realized I don’t have it on the blog yet! At least not on its own. It’s about time to change that. Introducing… my basic low carb keto pie crust recipe!

I have used variations of this paleo pie crust in several of my favorite recipes, including low carb cheesecake, easy strawberry tart, lemon meringue pie, and Greek spinach pie. Each of those was a slightly different version, but somehow I’ve never shared the original low carb pie crust recipe that I use most often. Well, here it is! 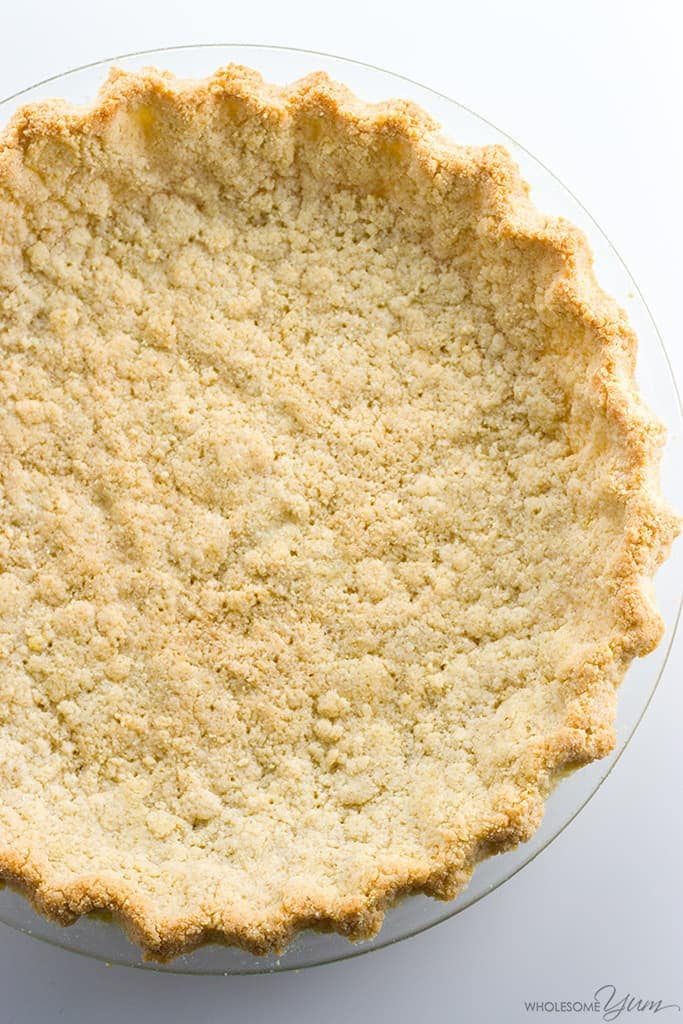 There are several options for this almond flour pie crust recipe. The flour, sweetener, salt, add-ins, fat, and even egg are all customizable, up to a point. This is pretty convenient, so you can often make it with what you have on hand!

The first question people often ask is whether they have to use super fine almond flour, or if almond meal would be okay.

The answer is, it depends. Super fine blanched almond flour is ideal, but it’s not an absolute must. Almond meal, which is more coarse, will still work. You won’t get as fine a texture, though. In a nutshell, I recommend almond flour if you can get it, but if almond meal is what you have, you can still make this low carb pie crust with it.

If you need to avoid almond flour altogether, I do not recommend using coconut flour in this recipe. Make coconut flour pie crust like this instead.

You can make almond flour pie crust with or without the sweetener, so it works for low carb dessert recipes as well as for savory pies. Adjust the amount of salt accordingly, as noted on the recipe card below.

If you are wondering what kinds of sweeteners you can use, any kind you like will work, but it has to be granulated. (Liquid sweeteners will likely alter the ratio between wet and dry ingredients too much, unless you use just a little.) Here are my top sweetener picks for keto pie crust:

For those that prefer to avoid it for a stricter paleo pie crust, coconut sugar is just fine instead.

TIP: If you have some other sweetener, just check out my natural low carb sweetener conversion chart to help you figure out how much to use.

For those that are allergic to eggs, you can make this almond flour pie crust recipe without the egg. Just increase the amount of ghee by two more tablespoons. Doing it that way creates a crust that’s a little more crumbly, but it still tastes great. I’ve heard of people using flax eggs as a substitute, but haven’t tried it in pie crust yet.

For the fat, you have 3 options:

Most of the time, almond flour pie crust does not need much added to make it great. It’s a buttery, flaky base for your filling to be the star.

But if you want to add a little flavor to the crust itself, you can – it all depends on what you are filling it with. Here are some ideas to get you started: 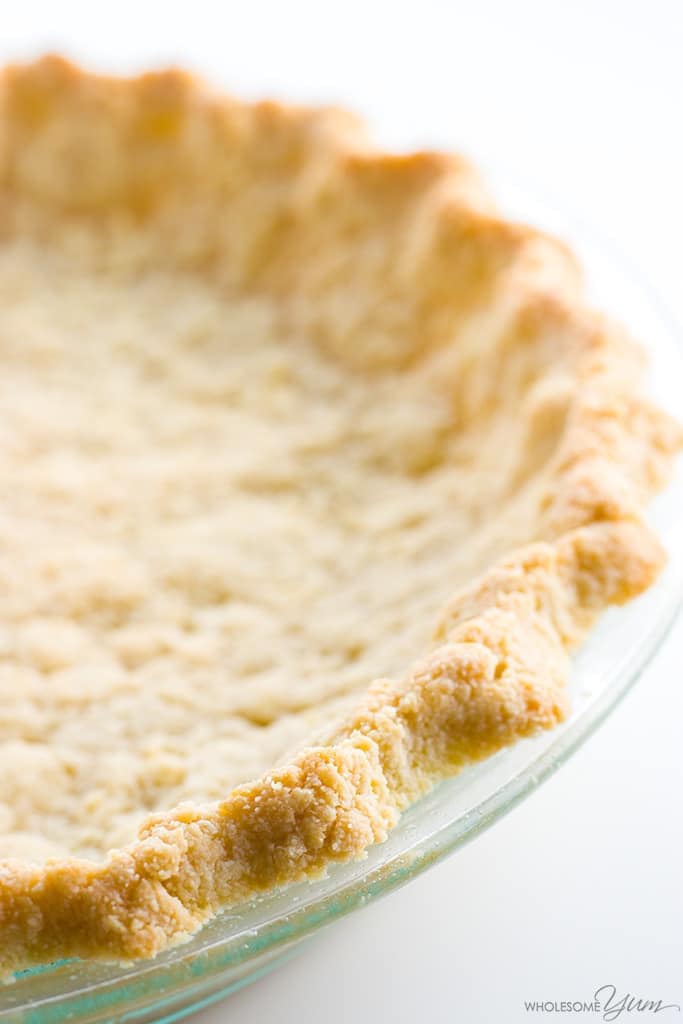 The instructions on the recipe card say to stir the ingredients together, but mention a food processor as an option. It’s completely up to you.

Using the food processor is a little more cleanup, but it’s easier to incorporate the ingredients well. And, it’s just slightly more fuss-free because you basically dump everything in the food processor and spin it together. If you do it by hand, you have to make sure the dry ingredients are mixed well first, then keep pressing and stirring the dough after adding the wet ingredients.

So, are you ready to make my favorite gluten-free pie crust with almond flour? Try it – it’s easy as pie! (I know, I know… I couldn’t resist. ;)) If you make it, I’d love to know what you filled it with. Tell me in the comments!

Can you make keto pie crust ahead?

Yes, definitely! You have 3 options:

Yes, almond flour pie crust can be frozen! Just like the storage instructions above, you can freeze a ball of dough, raw crust pressed into a pan, or pre-baked crust. Up to you!

Whether or not you can freeze this paleo crust with filling inside will depend on the specific filling, so I recommend referring to the specific recipe to assess that. Like any crust, it can get soggy upon thawing with certain fillings.

To thaw the crust, simply place it on the counter, or in the fridge overnight.