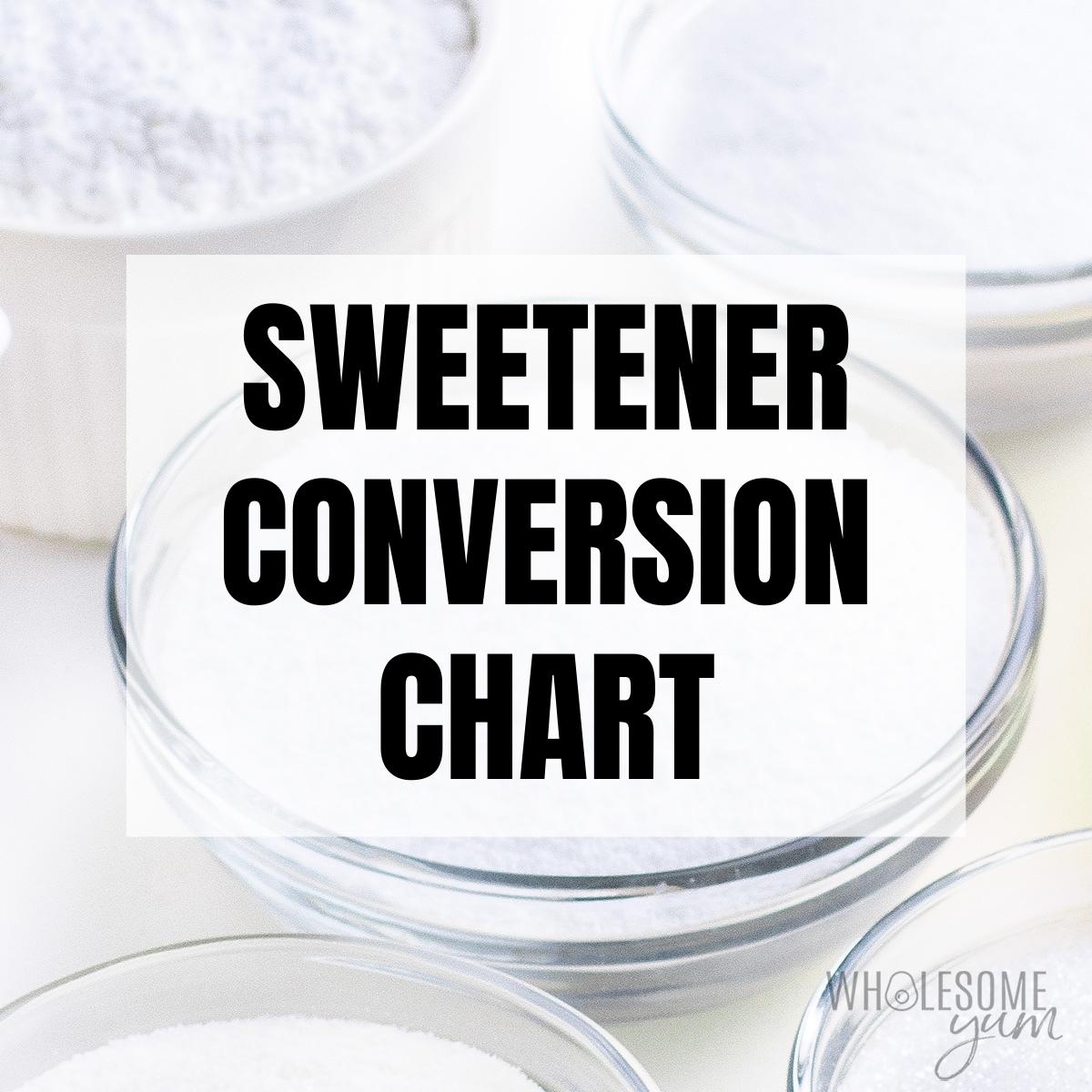 Before you start converting sweeteners, read my guide about sugar substitutes and keto sweeteners here — it’s crucial for understanding how they work and has a big section on baking. The most common question I get, though, is how to replace sweeteners in keto recipes. So, I created a sweetener conversion chart, as well as an easy calculator to do it for you. I’ll also talk about erythritol substitutes (the most common question), and the recipe differences when using erythritol vs stevia, monk fruit vs stevia, and allulose vs erythritol.

If you’re overwhelmed about which keto sweetener to try first, I highly recommend starting with Besti Monk Fruit Sweetener With Allulose! It tastes and bakes just like sugar, but unlike other brands of monk fruit, it also dissolves and browns like sugar as well. It’s great for a keto diet and you don’t have to sacrifice taste. 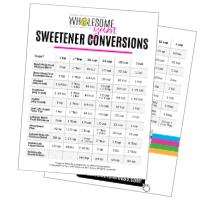 How To Substitute Sweeteners In Recipes

If you need to replace a sugar-free sweetener, try to replace it with one that has a similar volume and sweetness level, and the same type (liquid, granulated, or powdered). This is the safest way to get a positive end result. Use the sweetener conversion chart or calculator below for the exact amount.

If you can’t, the way to do it will vary depending on the recipe. Here are some general tips:

Are you seeing the pattern? There are no guarantees when replacing sweeteners of different types. These tips are a guideline, but not guaranteed to work. At least this should give you a general idea.

You want to try to maintain the same consistency of the batter or dough that you are working with, while keeping a similar level of sweetness. It’s not always easy!

There are various sources out there for converting among sugar-free sweeteners. The problem is that I have yet to see a chart that lists many or most of them in one place, in a concise way. I put together a chart that you can use as your go-to place for sweetener conversion.

Want a printable version of the sugar-free sweetener conversion chart? Sign up below and I’ll send it to you!

What’s Not In The Sweetener Conversion Chart

The following sweeteners are not in the conversion chart, for these reasons:

You can still read about these sweeteners and their sweetness level compared to sugar in my Sugar Substitutes post.

I also created a calculator that does the work for you, so you don’t have to figure it out from the sweetener conversion chart!

Conversions in the chart and calculator come from product packaging or experience.

Comparing The Most Common Sweeteners

You can learn about what the most common keto-friendly sweeteners are and how they work in baking in my Sugar Substitutes post, which is why I recommend reading that first. But below are specific comparisons people ask about the most. All of them are keto friendly, but there are differences in their sweetness and baking properties.

Erythritol and stevia are totally different, but there are some commonalities because of how stevia is typically sold:

Monk fruit and stevia have more in common than erythritol and stevia do:

Allulose vs. Monk Fruit vs. Erythritol

Allulose, erythritol, and monk fruit are all pretty different from one another, but monk fruit is often blended with erythritol or (less commonly but far superior) with allulose.

Erythritol and xylitol are both sugar alcohols, so they are in the same structural family. They are similar but have some key differences:

You can read more about artificial sweeteners and why I don’t recommend them in my Sugar Substitutes post.

If you want an erythritol substitute, consider the following options:

The above natural low carb sweeteners chart can be helpful, and I hope you’ll bookmark this page to refer back to it. Another convenient way to save the conversions is to use this Pinterest-friendly image: