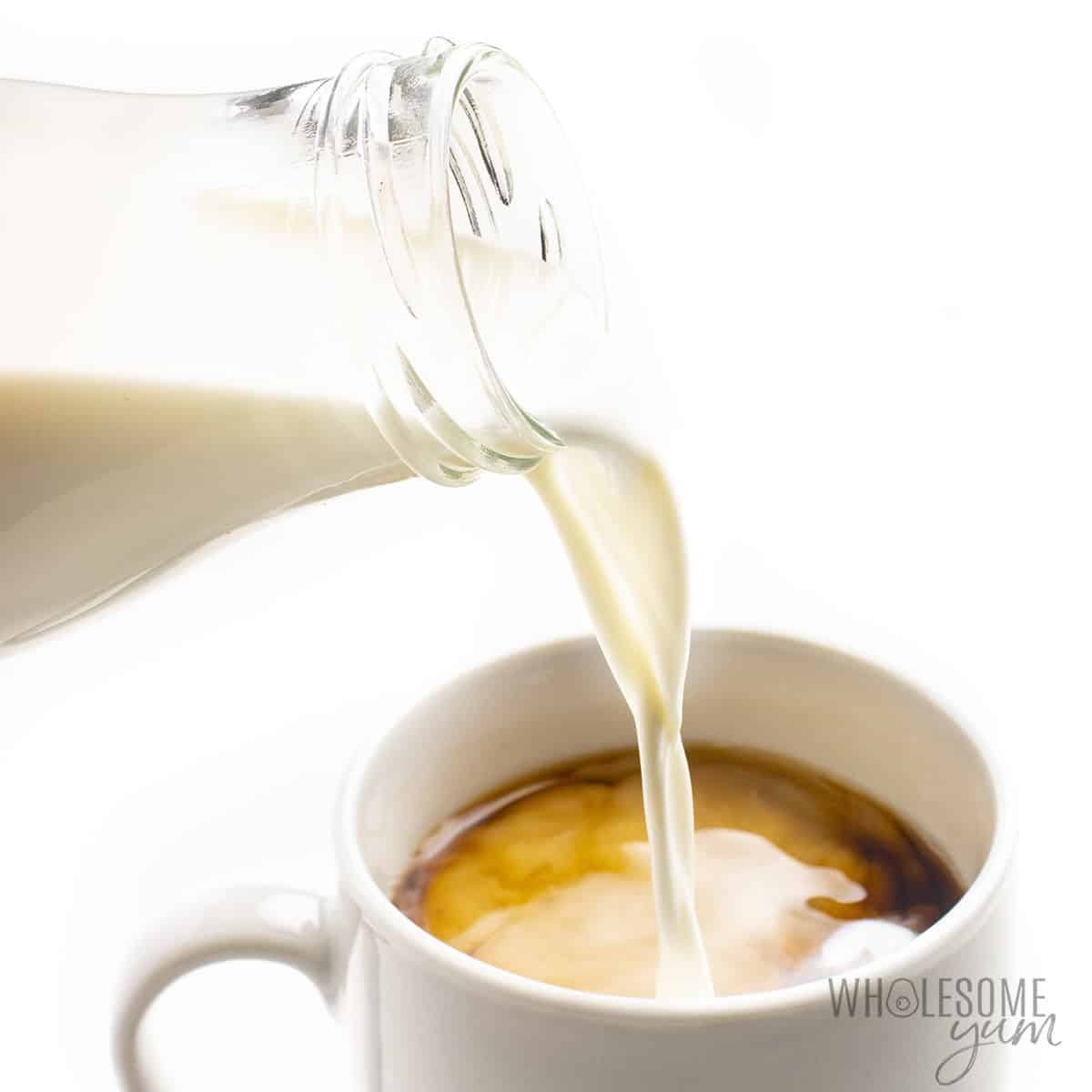 If you struggle with finding a flavorful milk for keto, you’re not alone — and many keto dieters wonder if half and half is an acceptable option for cutting carbs in dairy. How high are carbs in half and half? Is half and half keto? Let’s take a closer look at whether this dairy product aligns with a low carb lifestyle, and close substitutes for capturing its flavor and creaminess.

Is Half And Half Keto Friendly?

Yes, half and half can be safe for a ketogenic diet with the right portion sizes. This dairy product is made from half milk and half cream, so a small serving won’t exceed the carb limit for most individuals.

Plain half and half can align with a ketogenic lifestyle, but most flavored coffee creamer varieties in stores are not considered keto. Food manufacturers often include corn syrup and artificial ingredients in them, so the carb counts per serving are much higher. (The good news is that you can easily make your own keto coffee creamer!)

How Many Carbs In Half And Half?

Does half and half have carbs? It does, but a small amount should not kick you out of ketosis. Measure portions carefully.

How many carbs in a tablespoon of half and half?

Since it contains no fiber, half and half also contains 0.6 grams of net carbs per tablespoon.

How many carbs in a cup of half and half?

This quantity will increase your carb intake significantly. One cup of half and half contains 10.4 grams total carbs and net carbs [*].

How many carbs in fat free half and half?

You might think that a lower fat content means this variety will contain fewer carbs. Not true! A tablespoon of fat free half and half contains 1.3 grams of carbs (total and net) [*].

The chart below summarizes carbohydrate counts for all varieties and serving sizes of half and half:

How much higher are carbs in half and half vs heavy cream?

Since fresh cream has more dairy fat than half and half, it contains fewer carbohydrates per serving… but not by much.

On average, heavy whipping cream contains 0.4 grams of carbs per tablespoon [*], although individual brands vary. If you only enjoy a tablespoon at a time, that’s a difference of only 0.2 grams of carbs!

Can You Drink Half And Half On Keto?

You might be able to drink small amounts of half and half on a ketogenic diet, but you would have to be careful about portion sizes. Since a cup of half and half contains over 10 grams of carbohydrates, you might need to make other adjustments to your keto meal plan for the day.

Keto Substitutes For Half And Half

Bottom Line: Can You Have Half And Half On Keto?

You can enjoy small amounts of half and half and stay keto (just a tablespoon or two at a time). For creamier taste in larger quantities, consider low carb half and half substitutes instead.