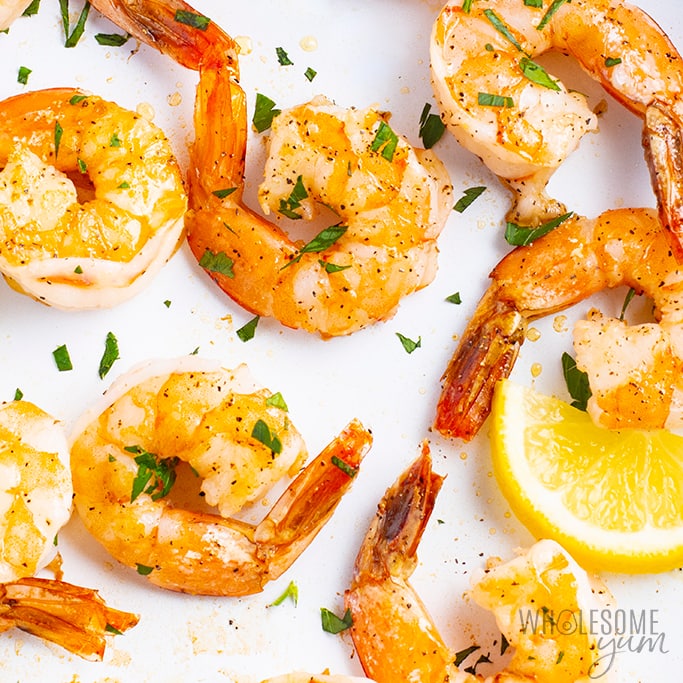 Shrimp is one of the most popular seafood choices… but when you’re compiling your keto food list, where do carbs in shrimp rank compared to other proteins? Is shrimp keto? Let’s answer all your questions here, and discover some low carb shrimp recipes too!

And, if you’re looking for more easy ways to stay keto, check out these printable cheat sheets.

Yes, all shrimp is keto shrimp! Like all seafood, including fish like halibut as well as crab and lobster, shrimp is low in carbs (and net carbs) all by itself. Pair it with keto vegetables to make it into a meal. 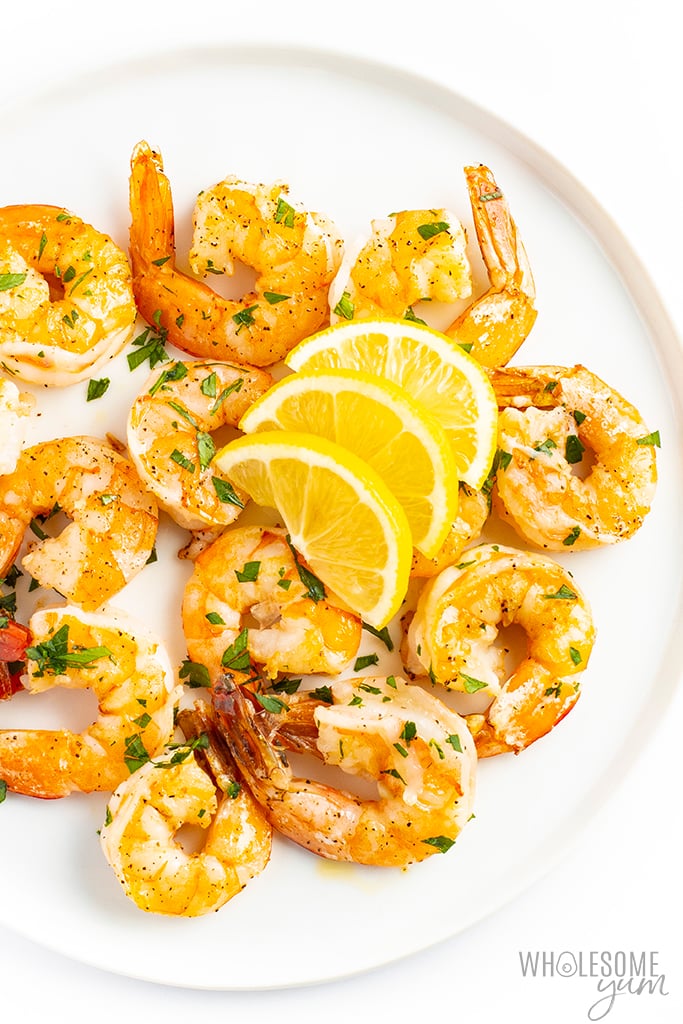 How Many Carbs In Shrimp?

Does shrimp have carbs? Yes, but it’s a negligible amount.

Of course, various preparation methods can increase the carb count, so approach shrimp on keto with that in mind.

How many carbs in fried shrimp?

Can you eat shrimp on keto when they’re fried? Keto fried shrimp might be possible, but a typical fried shrimp dish is not so keto-friendly.

A 3-ounce serving of regular fried shrimp clocks in at 9.8 grams total carbs and 9.4 grams net carbs [*]. However, this is actually a pretty small serving size and the breading is wheat, which is something we want to avoid on keto. You might be able to fit shrimp into a dirty keto or low carb diet, but it’s not an ideal choice.

If you miss fried shrimp on keto, you’re better off making keto coconut shrimp, or make a more traditional breading using the same method as my keto chicken tenders. 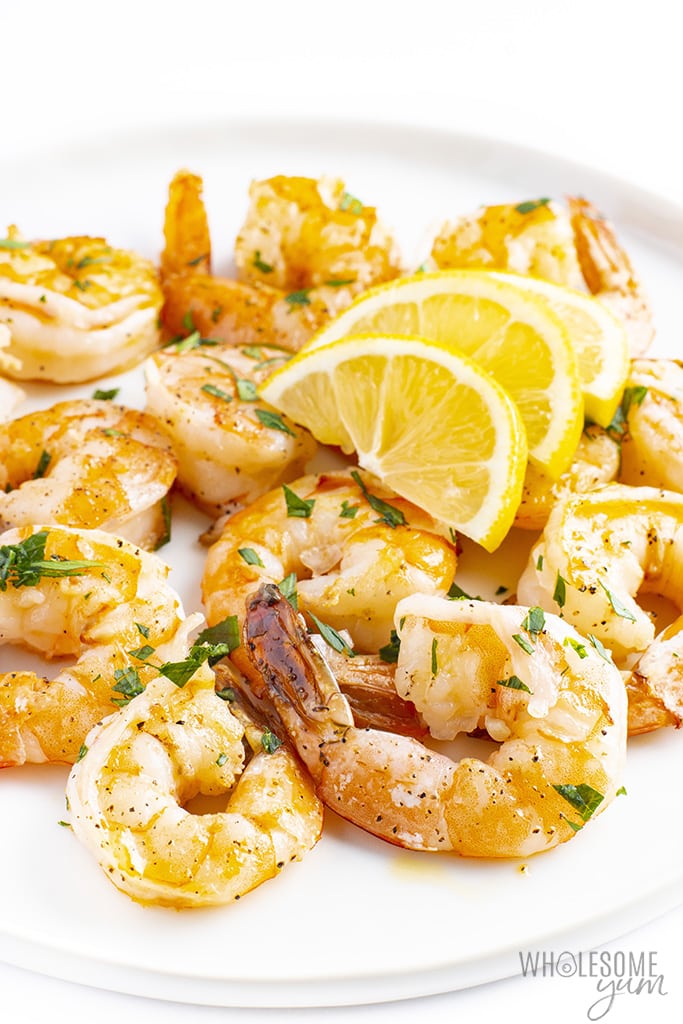 How many carbs in shrimp cocktail?

Does this dish have low carb shrimp? It’s not very keto, either: In 1/2 cup of shrimp cocktail, you’ll have 12.4 grams total carbs and 11.7 grams net carbs [*], most of which you’ll find in the cocktail sauce.

If you avoid the sauce in shrimp cocktail, this would be a better way to have shrimp on keto. Or, use this low carb ketchup recipe as a starting point for a homemade, sugar-free cocktail sauce.

How many carbs in boiled shrimp?

How many carbs does shrimp have when boiled? As you might guess, it’s a low number: A 3-ounce serving of boiled shrimp contains just 1 gram total carbs and net carbs [*].

Seasonings may increase the carb count slightly — you can use this keto food list to see how many carbs they might add. 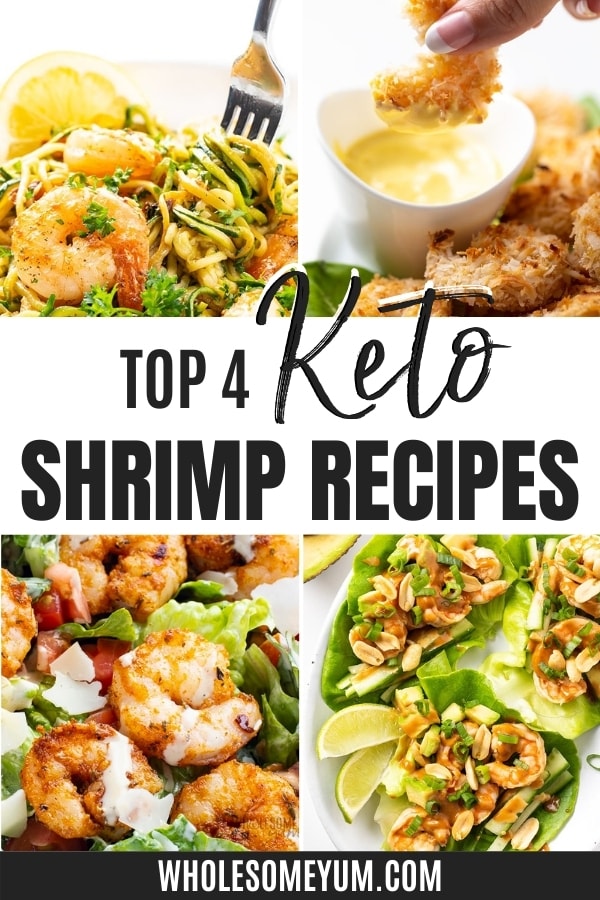 Keto Shrimp Recipes:
Pin to save for later!

Is shrimp keto when added to recipes? It can be! These keto shrimp recipes (and low carb shrimp recipes) are the best way to enjoy this delicious seafood. 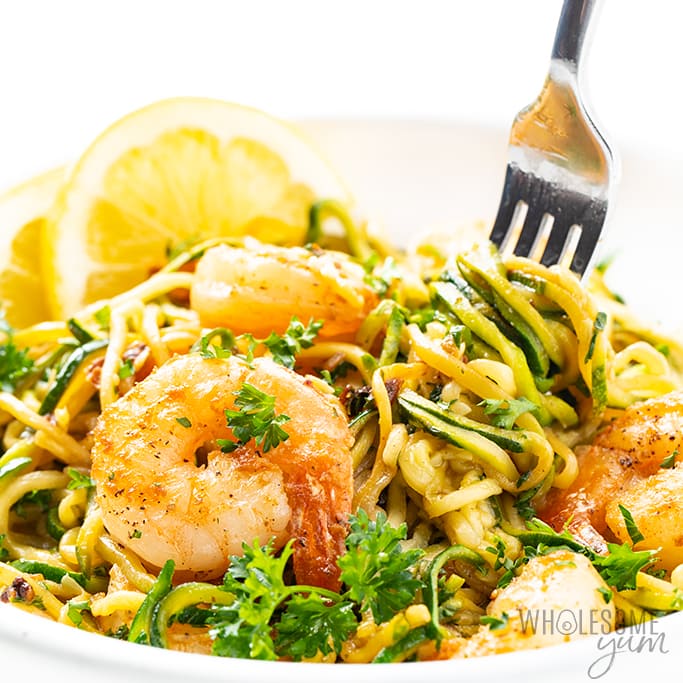 Get The Keto Shrimp Scampi Recipe 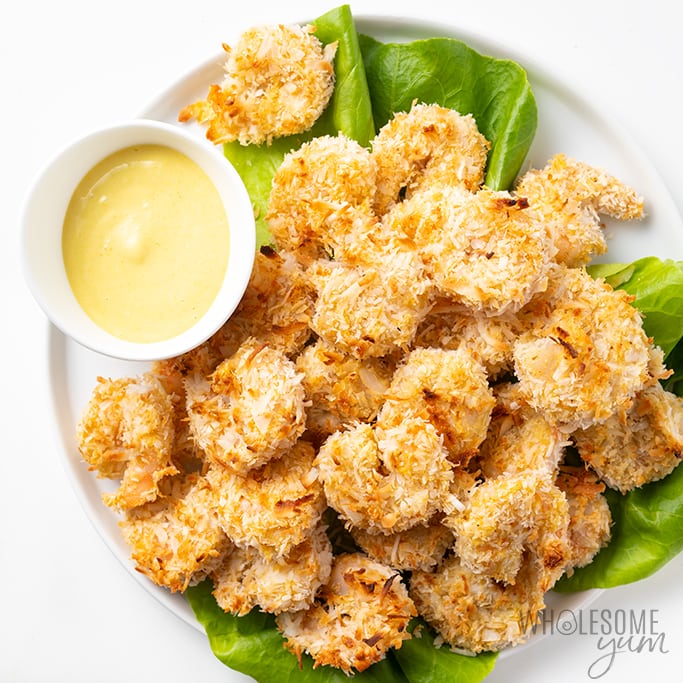 Carbs in coconut shrimp can be low, if you prepare it right. See how with one of my favorite shrimp keto meals!

Get The Keto Coconut Shrimp Recipe 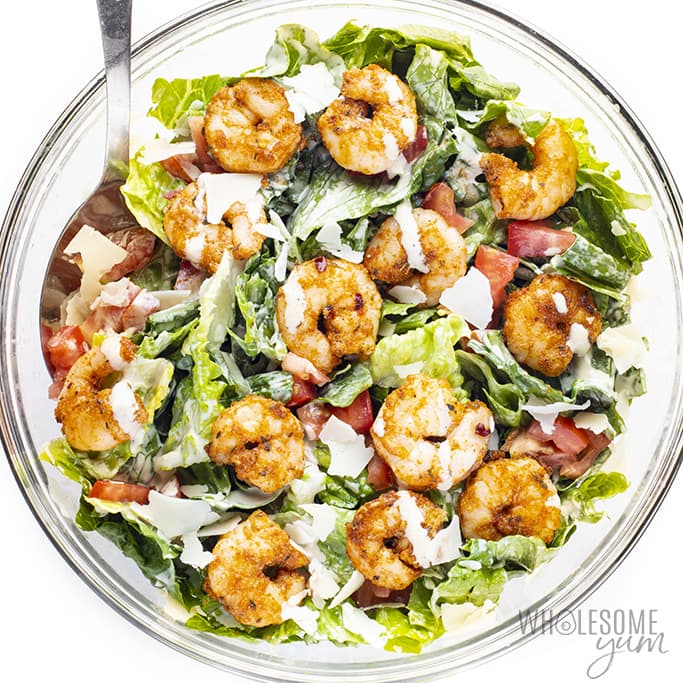 One of the most flavorful keto shrimp dishes you’ll try: Spicy shrimp mix with crisp greens and homemade caesar dressing for a super-fast meal. 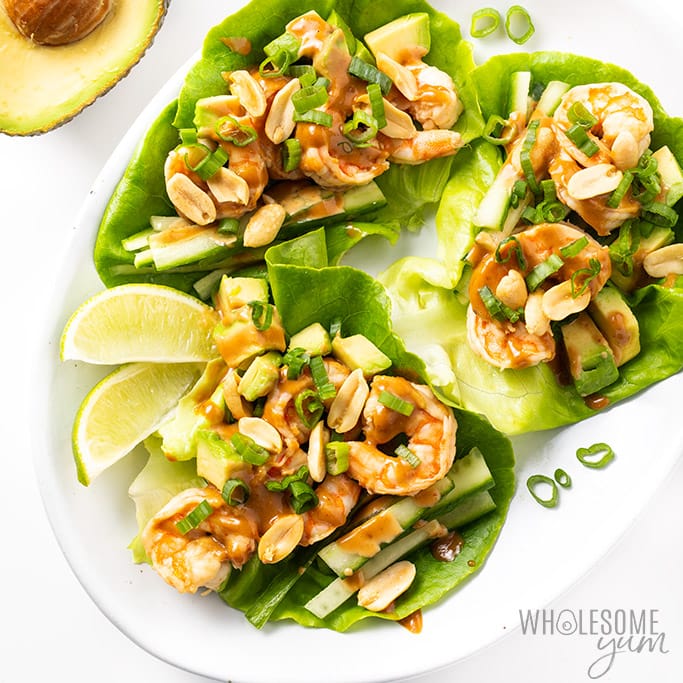 Have you tried keto shrimp like this? Marinated shrimp, peanut sauce, and a fresh lettuce wrap make this low carb shrimp recipe a mouthwatering take on Thai food.

Conclusion: Can You Eat Shrimp On Keto?

Is shrimp keto? Absolutely! Use these keto shrimp recipes to keep carbs in shrimp as low as they can be. 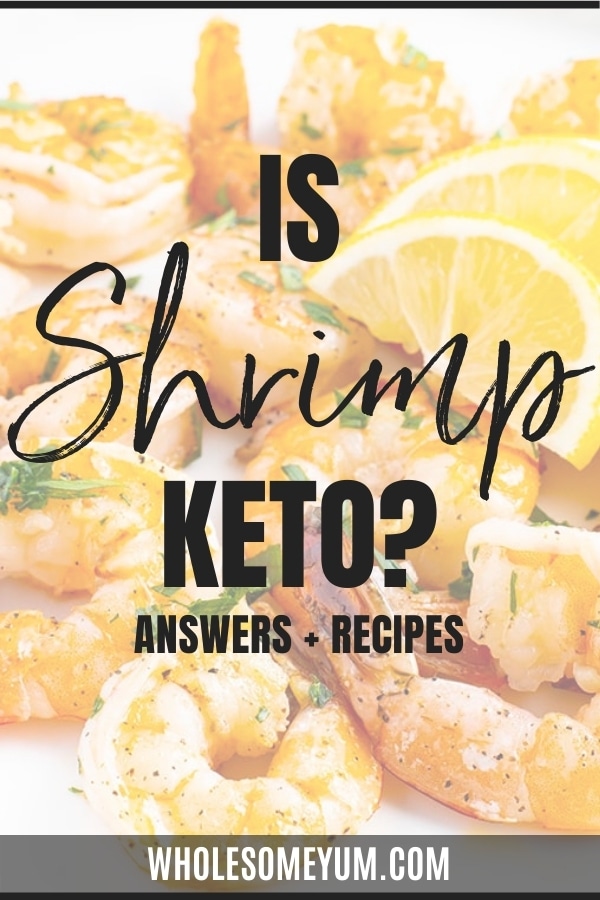 Is Shrimp Keto Friendly?:
Pin to save for later!