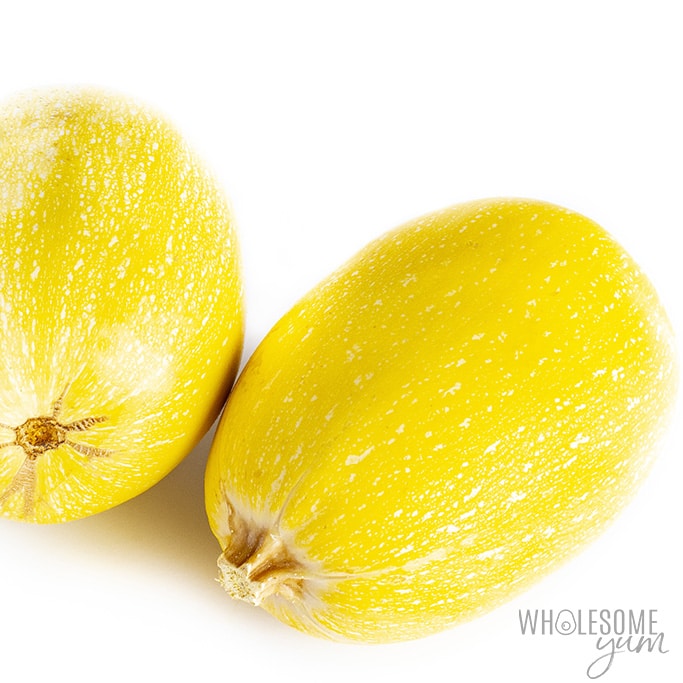 Wondering about other keto foods? Take a look at the carb counts in this lengthy keto food list, or use some simple keto cheat sheets to get started.

Carbs in spaghetti squash are on the lower end for keto vegetables, so you can easily fit it into your meals.

How Many Carbs In Spaghetti Squash?

In one cup of cooked spaghetti squash, you’ll find 10 grams of total carbs [*].

What about spaghetti squash net carbs? With a little over 2 grams of fiber, you can expect 7.8 grams of net carbs in a one-cup, cooked serving. 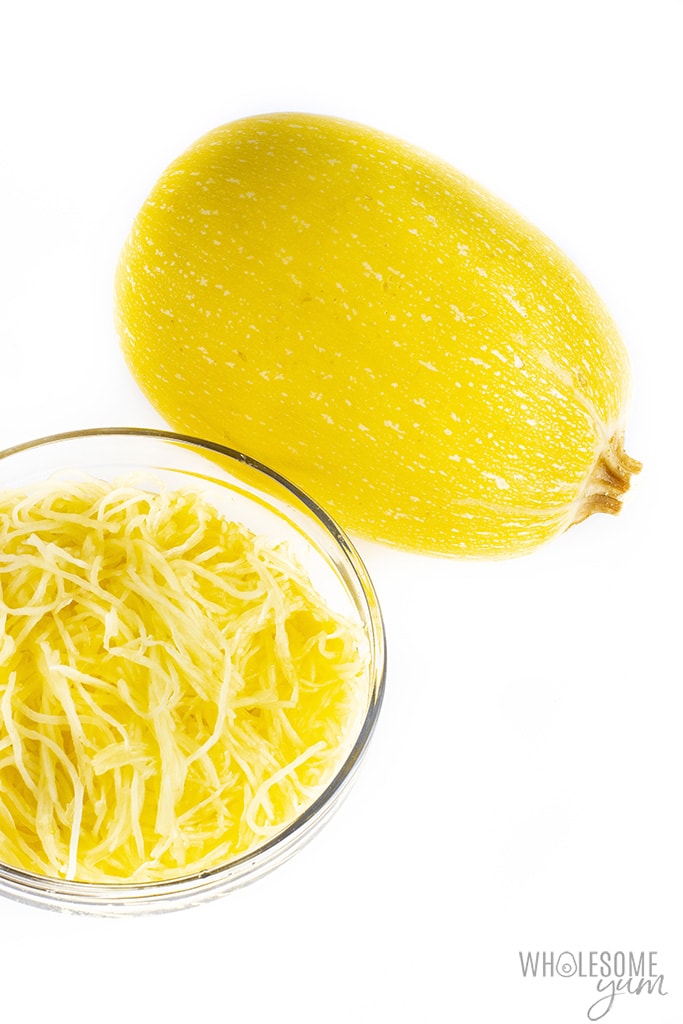 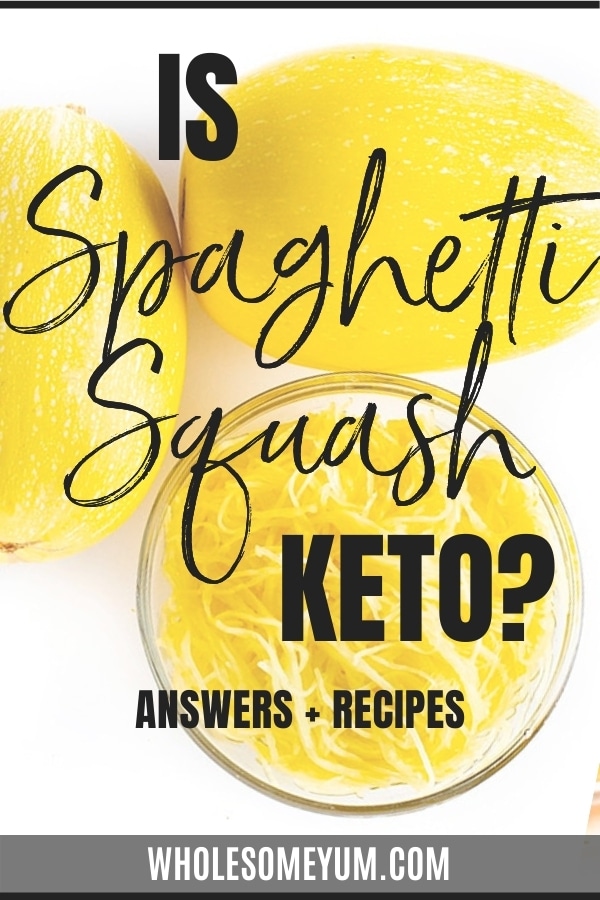 Is Spaghetti Squash Keto?:
Pin to save for later!