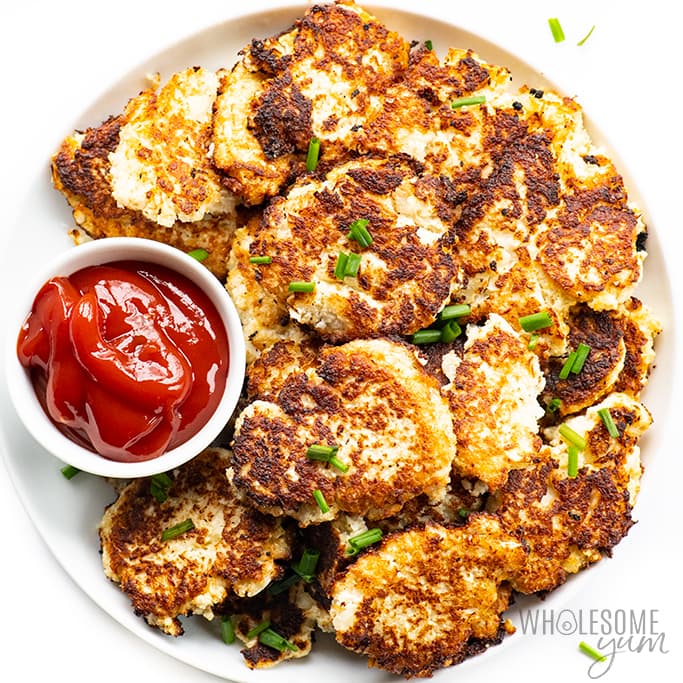 Cauliflower hash browns are the keto breakfast side dish your plate has been missing! My 6-ingredient low carb keto hash browns recipe is incredibly easy to make and makes a savory accompaniment to just about any breakfast. Serve these with steak and eggs or eggs and bacon for a classic diner meal. You’re going to love them!

Low carb cauliflower recipes have always been an epitome of healthy comfort food for me. It’s no surprise that this veggie came to mind again for a keto hash brown substitute. Can you think of a more perfect way to start your weekend morning (along with a stack of golden almond flour pancakes)?

This recipe for cauliflower hash browns was originally published on January 7, 2017, and was republished in May 2020 to add useful tips. If you’re curious, here is one of the original photos (um, why did I think dried chives were a good idea?): 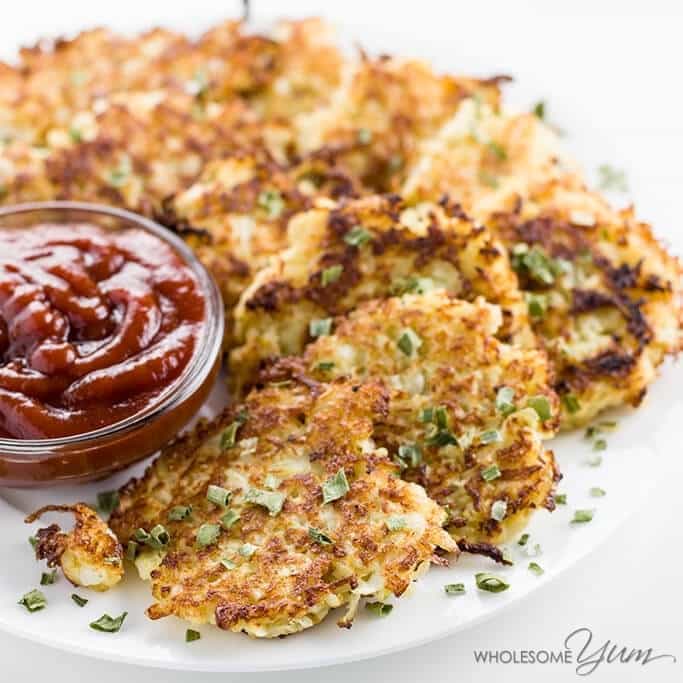 How To Make Cauliflower Hash Browns

These healthy keto hash browns with cauliflower are ready in just 15 minutes! Here’s how we make them:

TIP: Don’t want to use a microwave? You can quickly stir fry cauliflower rice like this. 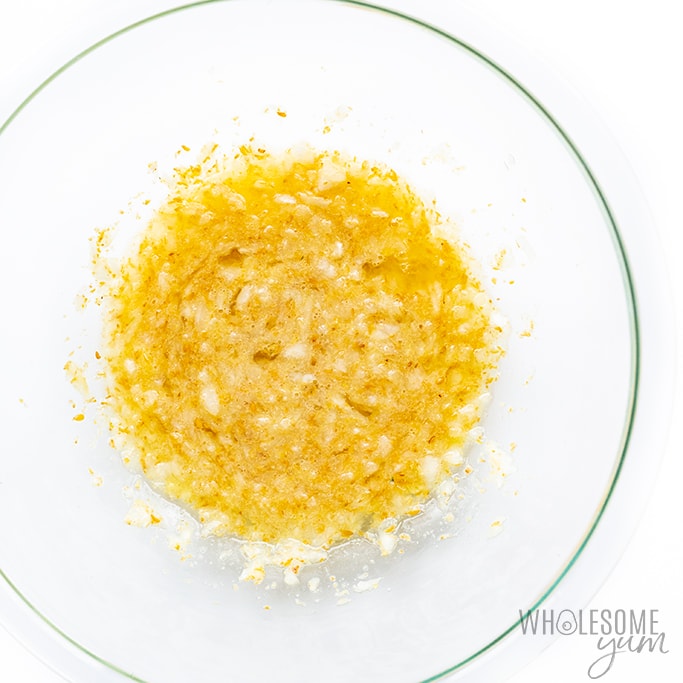 IMPORTANT: It’s critical to drain as much liquid as possible, to prevent soggy hash browns. I drained more than a cup! 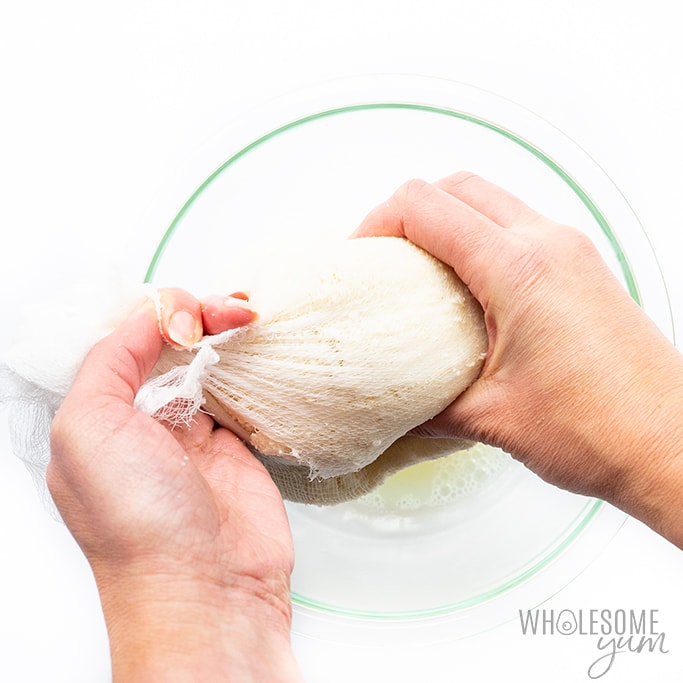 TIP: If it doesn’t stick together in your hands, add another egg white. Sometimes this is needed if you used a large head of cauliflower. 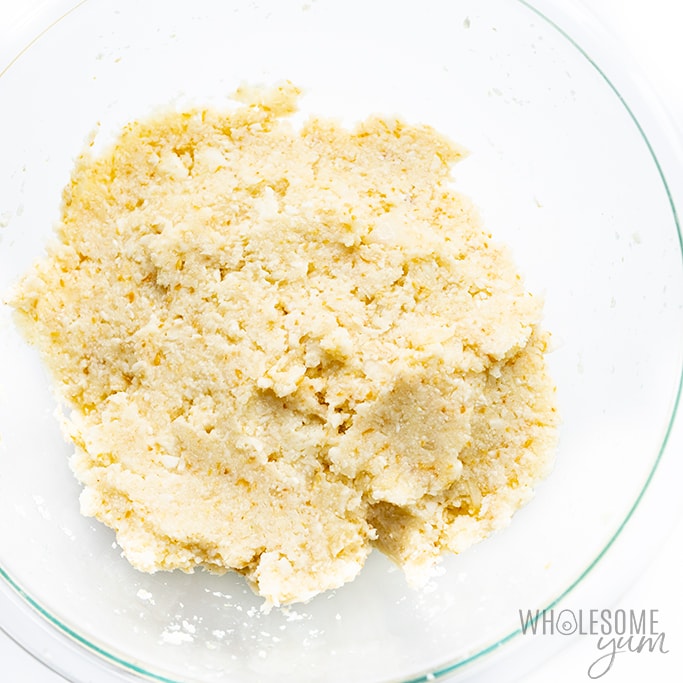 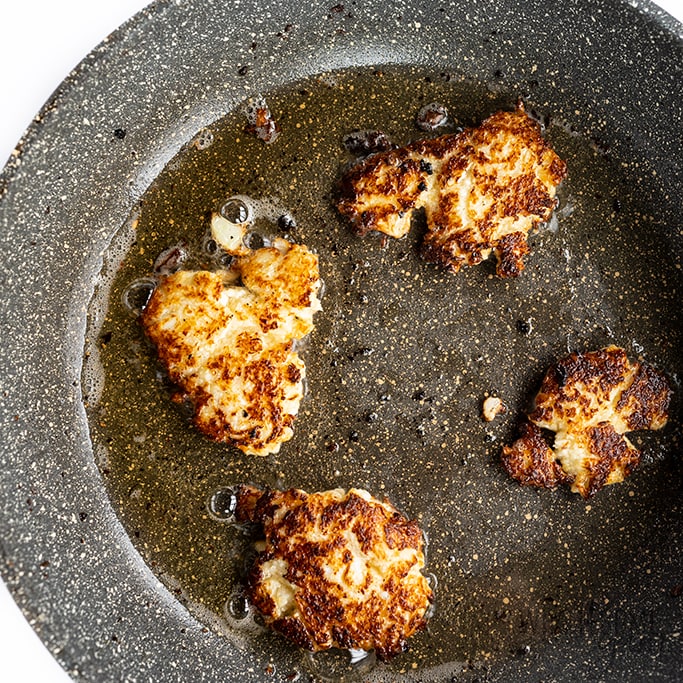 Can I have hash browns on keto?

Since potatoes are not keto, traditional hash browns certainly aren’t either. Which is why I came up with this low carb hash brown alternative.

These have all the crunchy, salty flavor you love, but in a keto form. No potato hash browns FTW!

How do I make keto hash browns crispy?

I was pleased to find that you can still get those yummy crispy edges even with cauliflower hash browns! Those are totally the best part about hash browns, don’t you agree?

The keys to making crispy cauliflower hash browns are:

Can I use frozen riced cauliflower?

Yes, you could use frozen riced cauliflower in this low carb cauliflower hash browns recipe. You’ll want to cook the rices cauliflower in the microwave until it’s soft, and prepare the same way. Make sure you don’t skip the draining step.

Can I make these without eggs?

Yes! If you are egg-free, you can make flax eggs, then use those in your recipe. You’ll need 2/3 of a flax “egg” for each egg white (just measure out 2 tablespoons of the mixture) and a full one (3 tablespoons) for each egg.

Can I serve these with ketchup if I’m keto?

Yes, with the right kind. 😉 Regular ketchup is not keto friendly, but you can make my homemade sugar-free ketchup. Or if you’d rather buy it, try this unsweetened ketchup. 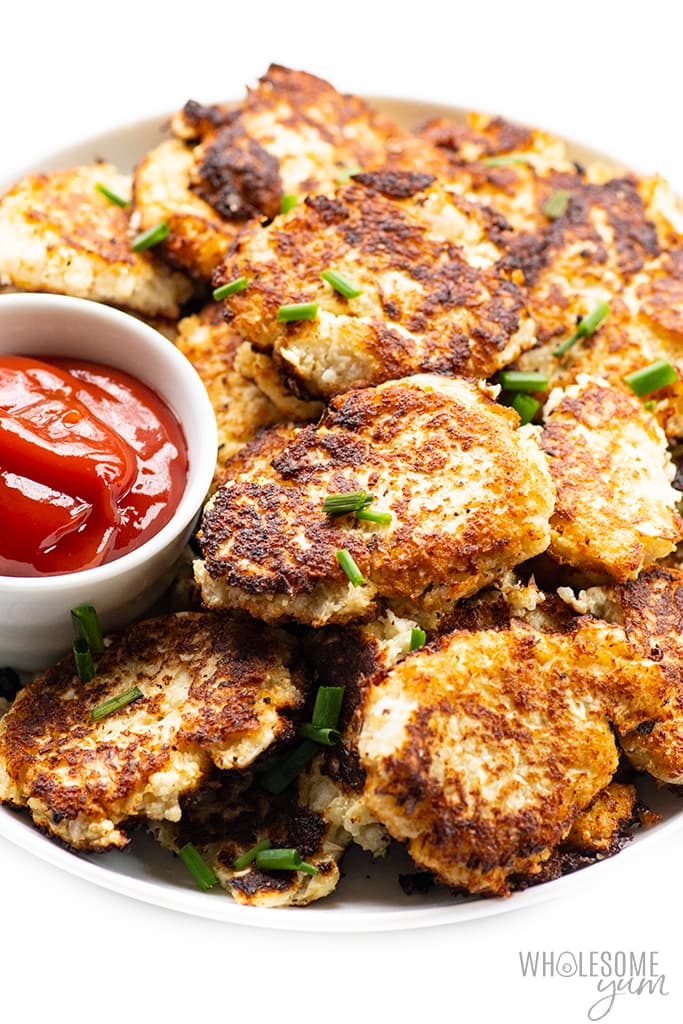 Can you make keto cauliflower hash browns ahead?

Yes, this keto hash brown substitute can be made ahead, stored in the refrigerator, and then reheated.

Alternatively, you could make the cauliflower hash browns low carb mixture ahead and refrigerate it until you’re ready to fry them.

Store these whole30 hash browns in the refrigerator for 3-4 days.

Yes, these keto hash browns freeze really well. Freeze in a single layer in a pan and once they are frozen solid, you can transfer them to a freezer bag and store in the freezer for 2-3 months.

For best results, reheat the hash browns in a hot skillet, so they get crispy. They can be microwaved to reheat, but they won’t crisp up that way. 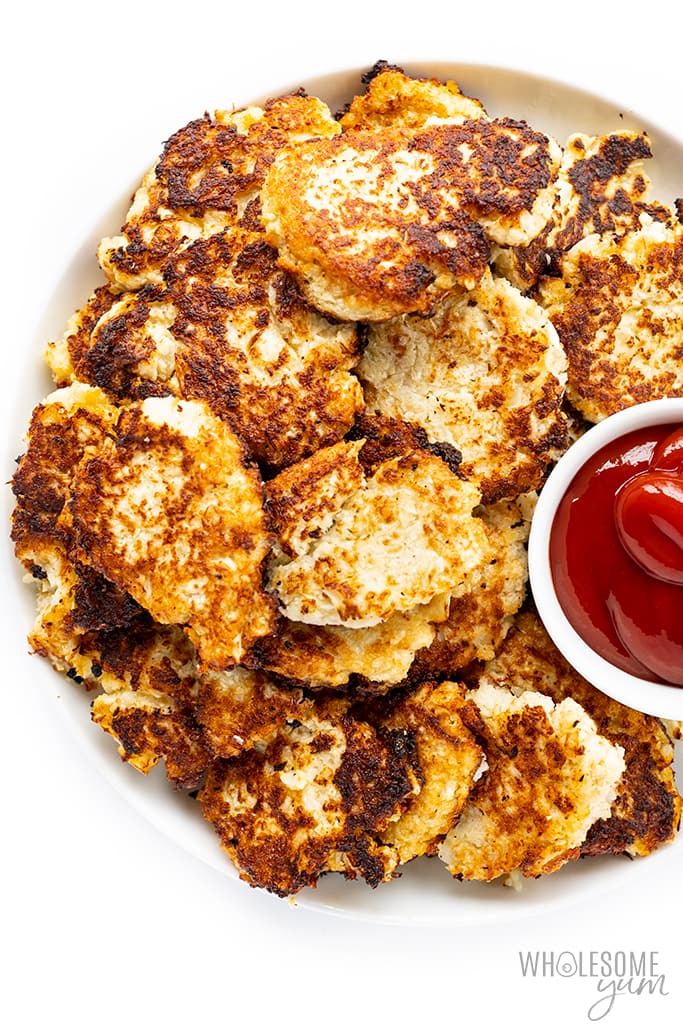 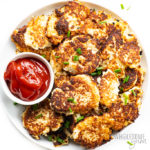 The best cauliflower hash browns - crispy outside, soft inside. This low carb keto hash browns recipe is ready in just 15 minutes, with 6 ingedients! 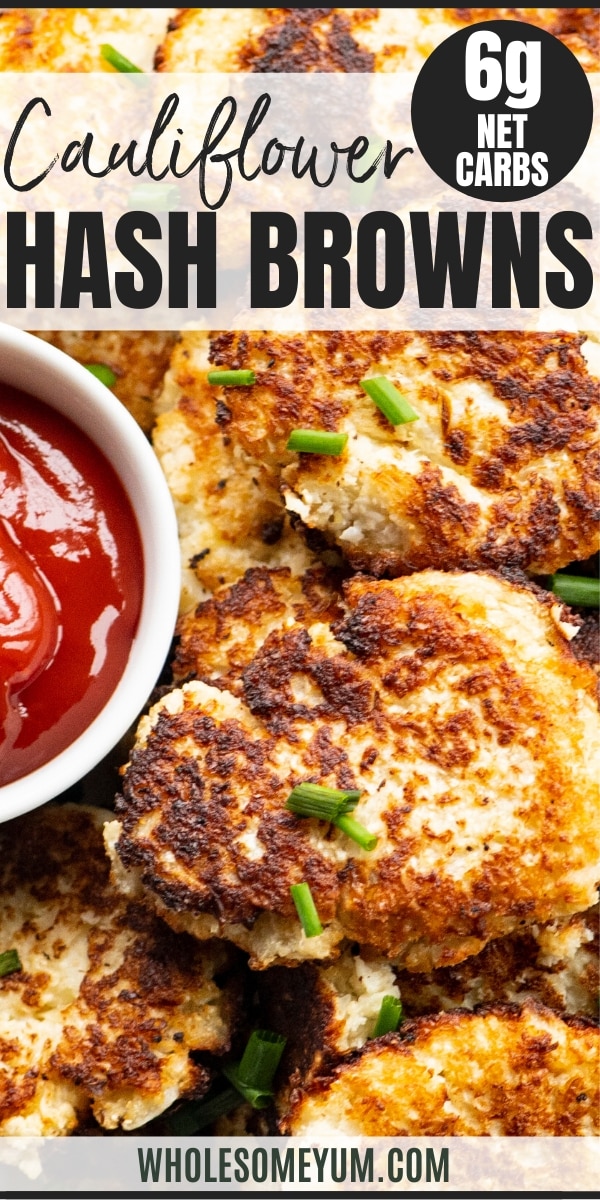