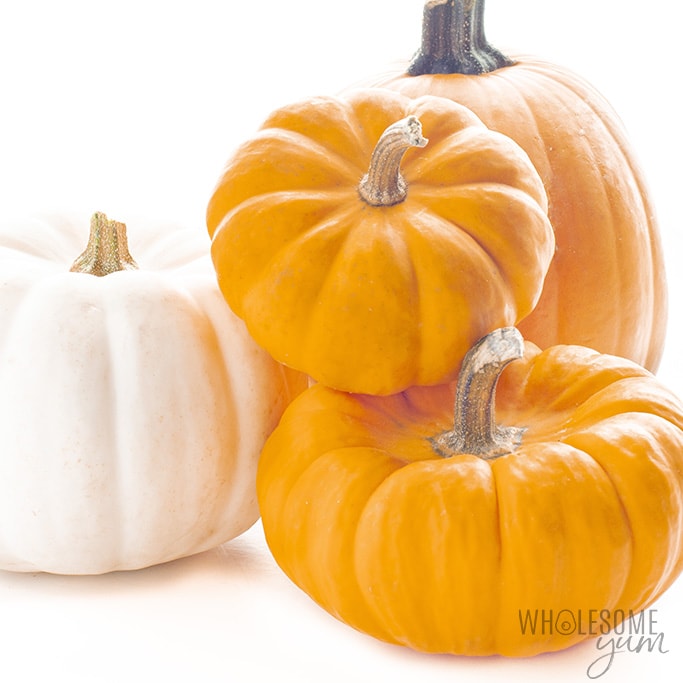 This time of year, it makes sense to see pumpkin pies, pumpkin lattes, soups, and even salsa on store shelves — pumpkin is the poster child of fall! But if you’re on keto, it’s tough to tell if these foods are off-limits or not. You can often figure it out from labels using the net carb calculator, but having an overview is always a good thing. So, let’s answer an all-important question: Is pumpkin keto?

We’ll go over all your pumpkin keto questions, including how often you can have pumpkin on keto, carb counts, and the best pumpkin keto recipes.

Not sure whether other foods will fit your keto macros? Use this handy keto food list to save time, or simplify your approach with these easy keto cheat sheets.

Is pumpkin low carb or keto? It’s both!

Like other keto vegetables, pumpkin has lower total carbs and a healthy amount of fiber in every serving. Enjoy it as often as you like, provided that it’s part of a low carb recipe and fits your macros. 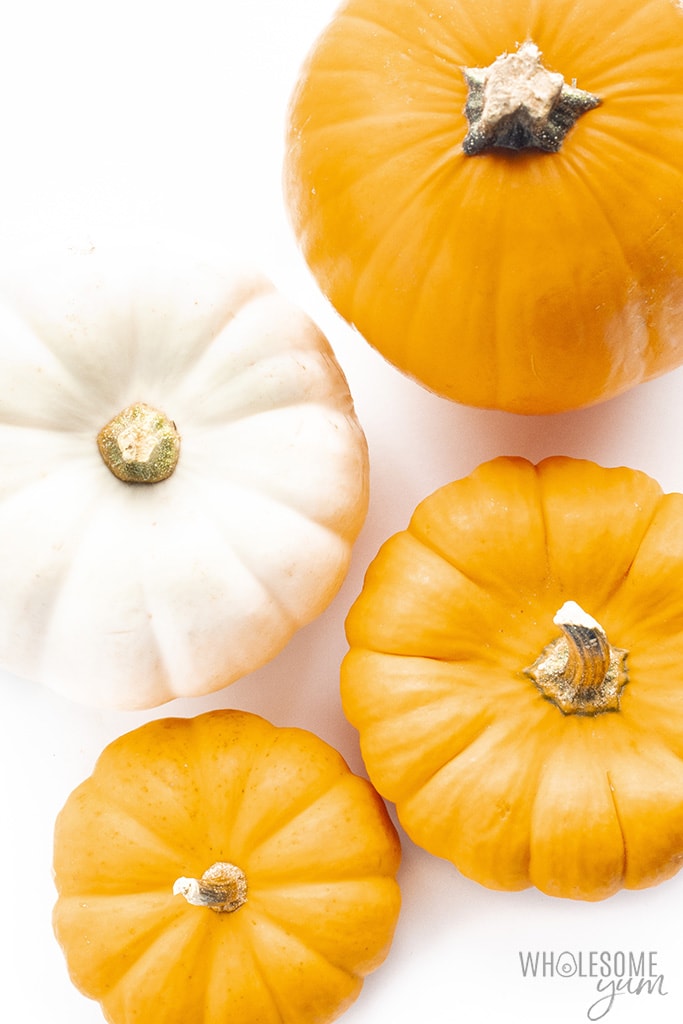 How Many Carbs In Pumpkin?

Does pumpkin have carbs? Yes — let’s take a closer look at the carb count for pumpkin. One cup of cooked pumpkin contains 10.6 total carbs [*].

How many net carbs in pumpkin? Since it also has fiber, pumpkin net carbs are just 7.9 grams.

Even if that’s on a higher side for your macros, this number is quite low because eating an entire cup of pumpkin in one setting is unlikely. When used in recipes, most of the time, you’d have no more than 1 cup in an entire recipe, which would have many servings.

How many carbs in pumpkin seeds?

How many carbs in roasted pumpkin seeds, or raw seeds? The numbers may surprise you.

How many carbs in pumpkin puree (carbs in canned pumpkin)?

You turn to it for pies and baking… so, how many carbs in a cup of pumpkin puree?

Pumpkin in this form contains 19.8 grams total carbs and 12.7 grams of net carbs [*]. Distributing all that pumpkin in a recipe will lower its net carb count even further.

How many carbs in pumpkin pie filling?

Pumpkin pie filling contains far more carbs than pure canned pumpkin, because it contains added sugar. It would definitely be a dirty keto option, if you have it at all.

A single cup of pumpkin pie filling contains 71.3 grams total carbs and 48.9 grams of net carbs [*]. Save your macros and make your own keto pumpkin pie instead!

How many carbs in pumpkin pie?

If conventional pumpkin pie filling has high carbs, a piece of pie will, too. So, how many carbs in a slice of pumpkin pie?

A single slice of traditional pumpkin pie has 46.3 grams of total carbs and 43.9 grams of net carbs [*].

What are the pumpkin spice latte carbs?

How about the pumpkin carb count when it’s blended into fall’s favorite drink? A 16-ounce PSL from the coffee shop can cost you 52 grams total carbs and net carbs — almost all of which is pure sugar.

Make your own low carb pumpkin spice latte instead!

How many carbs in pumpkin pie spice?

Pumpkin spice carbs vary depending on the brand of seasoning blend you use. Some of them even sneak in hidden starches, sugars, or preservatives.

Learn how to make pumpkin pie spice yourself instead, and you’ll never have to wonder what’s in it. The recipe linked here has only 0.3g net carbs per serving. 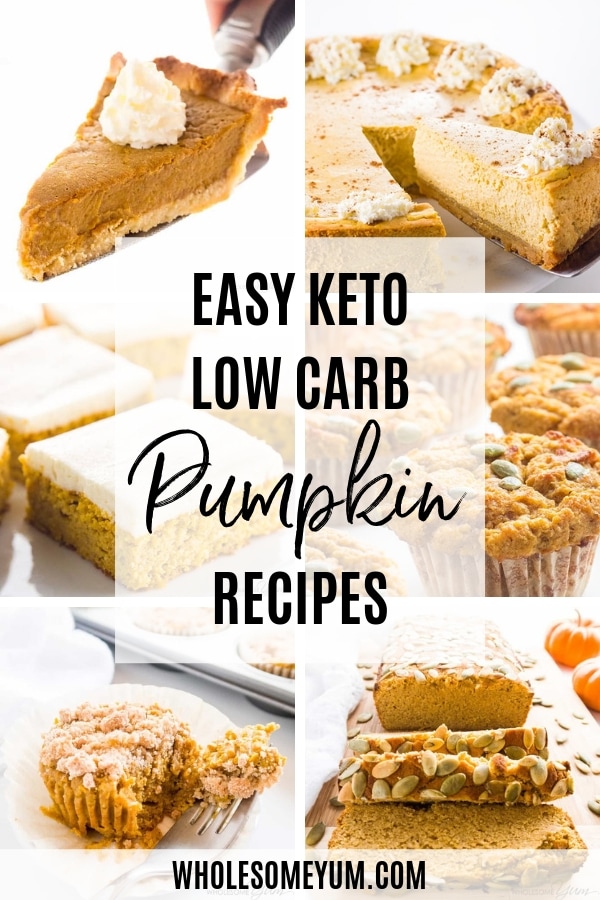 Do you know all the keto-friendly ways you can enjoy pumpkin? Find out with this delicious keto pumpkin recipe index.

So, can you have pumpkin on keto? Definitely! Keep carbs low by watching your portions and using it in low carb pumpkin recipes. 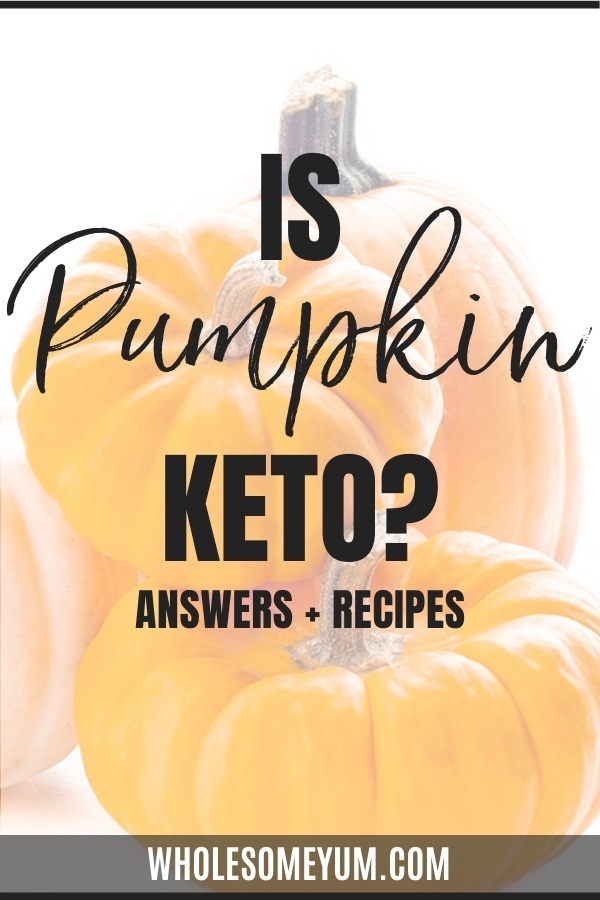