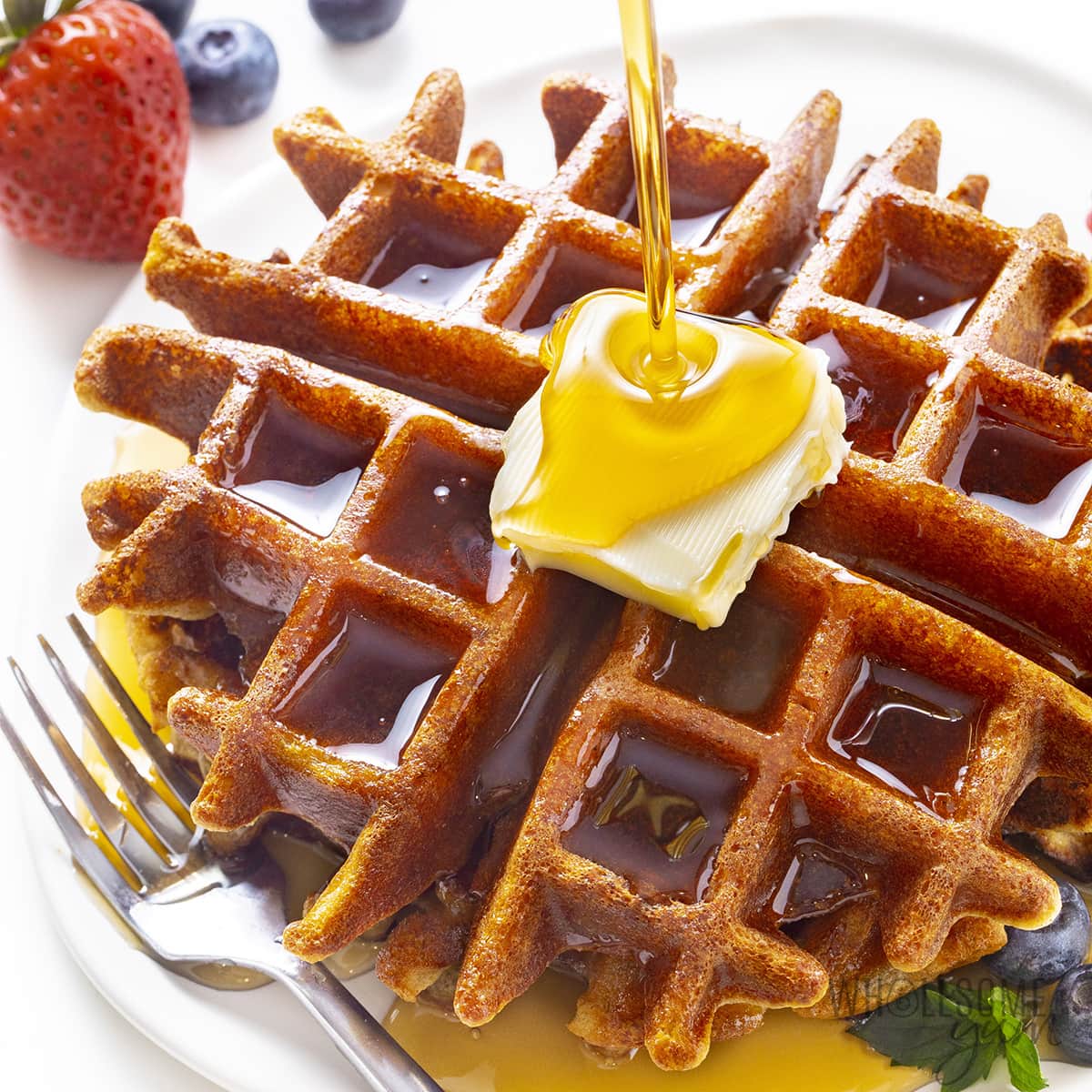 This easy keto waffle recipe captures all the golden, crisp flavor you love in conventional waffles — without sugar or grains! Best of all, these almond flour waffles use basic pantry ingredients. (They even count as paleo waffles, too!) It’s one of the best keto breakfast recipes that the whole family can enjoy. You’ll want to make a double batch!

I originally published this post when we just got back from a beach vacation, and I couldn’t stop talking about how much I missed my almond flour and coconut flour. Low carb breakfast options when traveling are pretty much limited to eggs, bacon, cheese, veggies, and low carb fruit. Needless to say, I was looking forward to coming back to make low carb pancakes, keto French toast, and these keto paleo almond flour waffles!

The blend of ingredients makes all the difference for perfect keto friendly waffles. Combining almond flour with an easy-dissolving sweetener (Besti dissolves like no other) makes a batter so rich and fluffy, it’s nearly indistinguishable from conventional waffles!

Get Besti For This Recipe

Get Almond Flour For This Recipe

This section explains how to choose the best ingredients for this almond flour waffle recipe, what each one does, and substitution options. For measurements, see the recipe card below.

Personally, I consider these grain-free waffles to be both keto and paleo. They have no wheat, no grains, and nothing artificial. Since they are made with almond flour, they are gluten-free waffles, too.

There are just two components you may need to customize depending on which diet you follow:

How To Make Keto Waffles With Almond Flour

This section shows how to make almond flour waffles, with step-by-step photos and details about the technique, to help you visualize it. For full instructions, including amounts and temperatures, see the recipe card below.

Unlike many almond flour waffles recipes, these are pretty light inside — the way real waffles should be. This is one of the two common problems in most keto or paleo waffles recipes. First, they don’t crisp up the same way that wheat flour does. Second, almond flour can be very dense.

To make these keto paleo waffles light, I used the technique from my favorite keto bread: Beat the egg whites to stiff peaks first, stir together the rest of the ingredients, and finally fold in the whites. The result was a light, fluffy batter, and the best almond flour waffles I’ve ever made.

TIP: Mix egg whites carefully. You want them incorporated, but not over-mixed. The batter should be light and fluffy.

Now, let’s talk about the most important aspect of this low carb almond flour waffles recipe. You can actually get them crispy! It’s a nice change of pace from other waffles with almond flour. So, here are the tricks:

For an extra crispy waffle, try keto chaffles instead!

This easy keto recipe is the perfect base for any kind of keto waffles you like. I have grand plans for making flavored ones out of them. Some flavors may require modifying ingredient ratios, but extracts and add-ins that simply get stirred in and stay whole are a safe bet. Try these variations:

TIP: All these add-ins should be added in step 5. That’s right before you fold in the egg whites. This way, you’re not stirring the mixture unnecessarily after the whites are folded in.

If you want to know how to make almond flour waffles in a particular flavor, let me know! I love requests and can add it to my list.

Like many low carb almond flour recipes, this one is very filling! The recipe makes large, Belgian-style paleo waffles. You can easily have a half serving (half of the waffle) at a time – especially if you add toppings.

For a basic recipe, these are the best keto waffles. When you’re ready to switch up the flavor, try these keto recipes using a waffle maker! 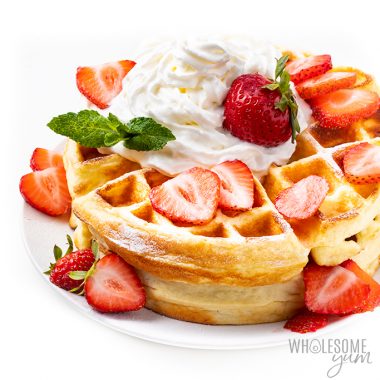 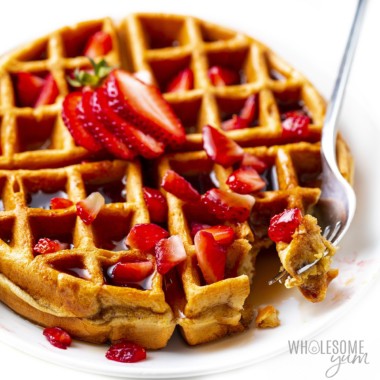 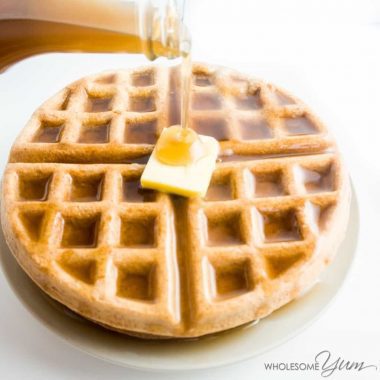 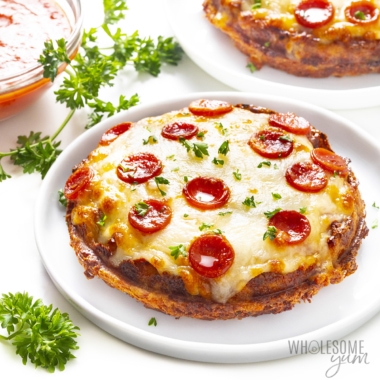 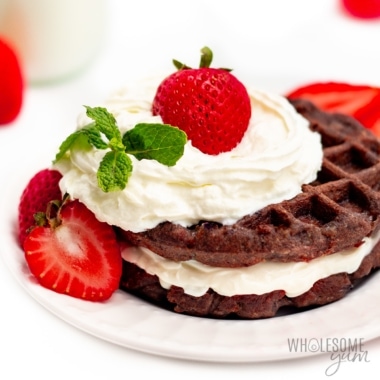 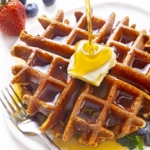 These are very filling and the recipe makes large Belgian style almond flour waffles. You can easily have a 1/2 serving (1/2 of the waffle) at a time if you add toppings.