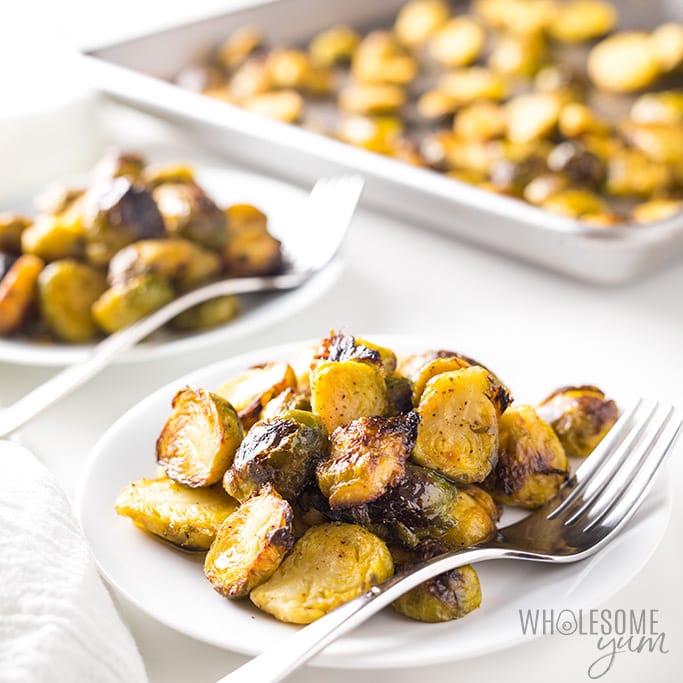 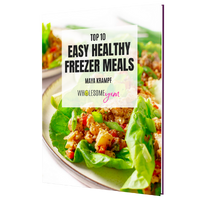 We’ve all been there: it’s a weeknight and you’re staring into your fridge, realizing that you have no side dish for dinner. Naturally, you reach into your freezer. You might have even planned ahead and have a low carb side dish ready to reheat. But what if you didn’t? In my case a few weeks ago, I saw a bag of Brussels sprouts and wondered if I could make an oven roasted frozen Brussels sprouts recipe that actually tastes good…

So, I tried it! That first night sure was plain and boring, but it got better. I tested a few techniques for baking frozen Brussels sprouts, and am happy to say I found the best way.

If you’ve ever wondered how to roast frozen Brussels sprouts, look no further!

Can You Roast Frozen Brussels Sprouts?

Yes, you can roast frozen Brussels sprouts! And, they can be totally delicious.

The key is in the technique. If you want roasted frozen Brussels sprouts that actually taste good, don’t just roast ’em whole and expect great results. And definitely don’t steam them like the bag might say.

Instead, use my method and tips.

Do Frozen Brussels Sprouts Taste As Good As Fresh?

But, they are as close as you can get… and they are still really good!

That is, if you make them right.

You can still get the same great flavor and browning from frozen Brussels sprouts. You just won’t get a crunchy/crispy interior. For those that like them crisp-tender inside, stick with fresh.

But if you like the idea of saving time and having a last-minute low carb side dish in the freezer without prepping it in advance, then roasting frozen Brussels sprouts is a great option. 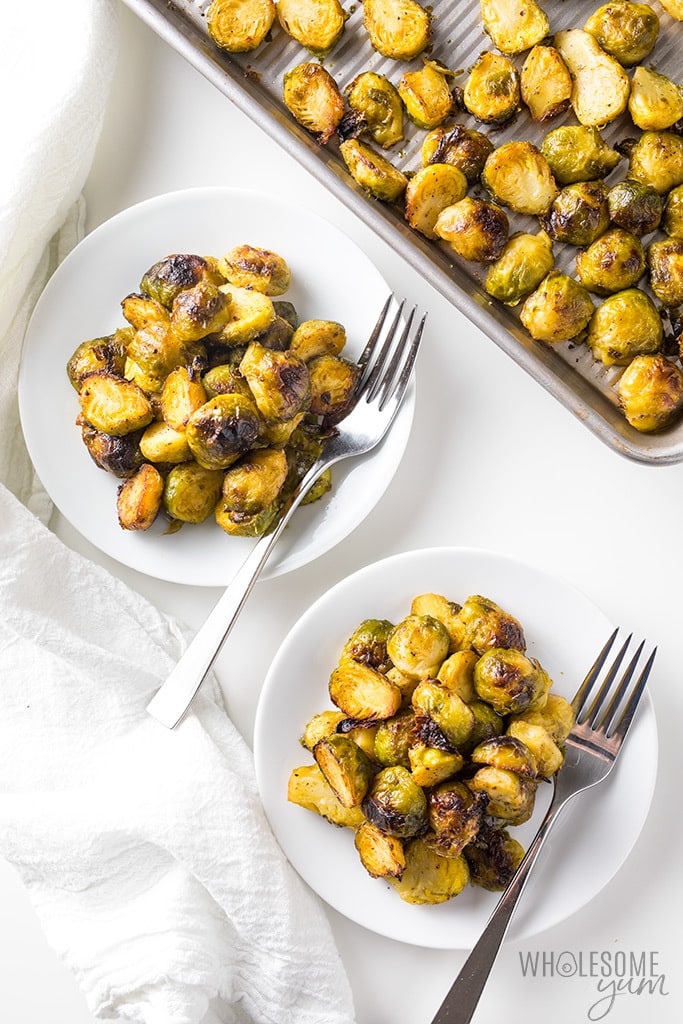 You can use almost any oil for roasting frozen Brussels sprouts. Here are the best options:

These are all healthy oils, that also have a high enough smoke point to withstand the high temperature needed for the best oven roasted frozen Brussels sprouts.

However, we do broil the sprouts for a few minutes at the end, so if you want to be on the safe side, avocado oil is the only one that won’t smoke at that temperature.

How To Roast Frozen Brussels Sprouts

To begin, toss the sprouts with oil, salt and pepper in a bowl.

Then, spread the sprouts in a single layer on a large sheet pan.

Key tip: Make sure the pan is extra large – bigger than you think you need! You’ll see why in a second.

This is where the key tip above is important: every Brussels sprout half should be touching the pan! 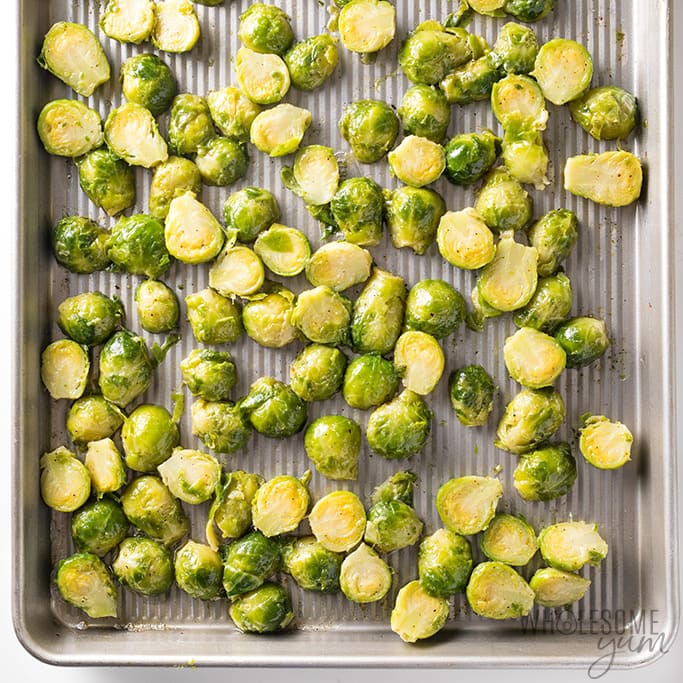 Roast the sprouts again for about 15 minutes. They will start to turn golden, but not really brown as much as you probably want. Don’t worry, we’ll get there!

For the final important part, place the sprouts under the broiler on the top rack, for a few minutes on each side.

Now they’ll be nice and brown: 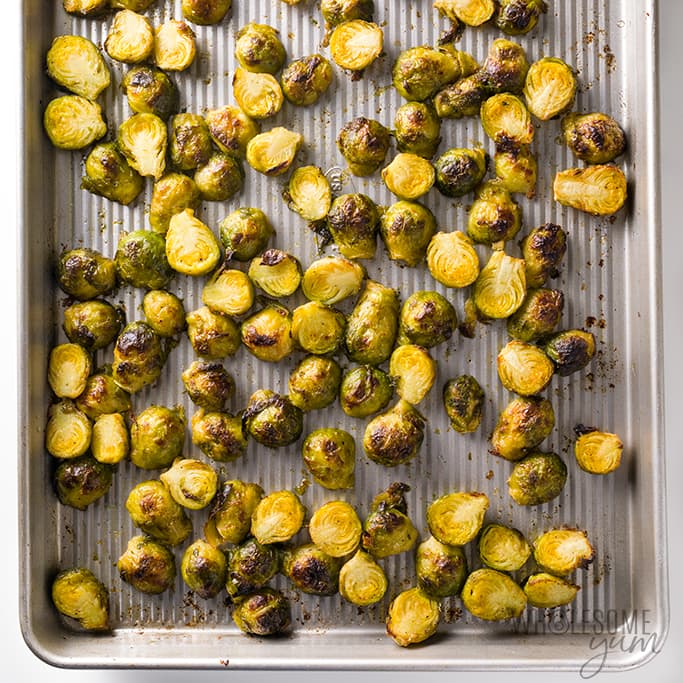 Baking frozen Brussels sprouts is pretty straightforward, but here is a summary of tips to get them just right:

If you love roasted veggies, here are more to try: 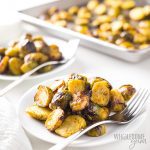